Unity of the church

We are committed to the quest for visible unity of the church: to be Lutheran is to be ecumenical

Together with our ecumenical partners we promote theological dialogue, shared worship and joint service to those in need 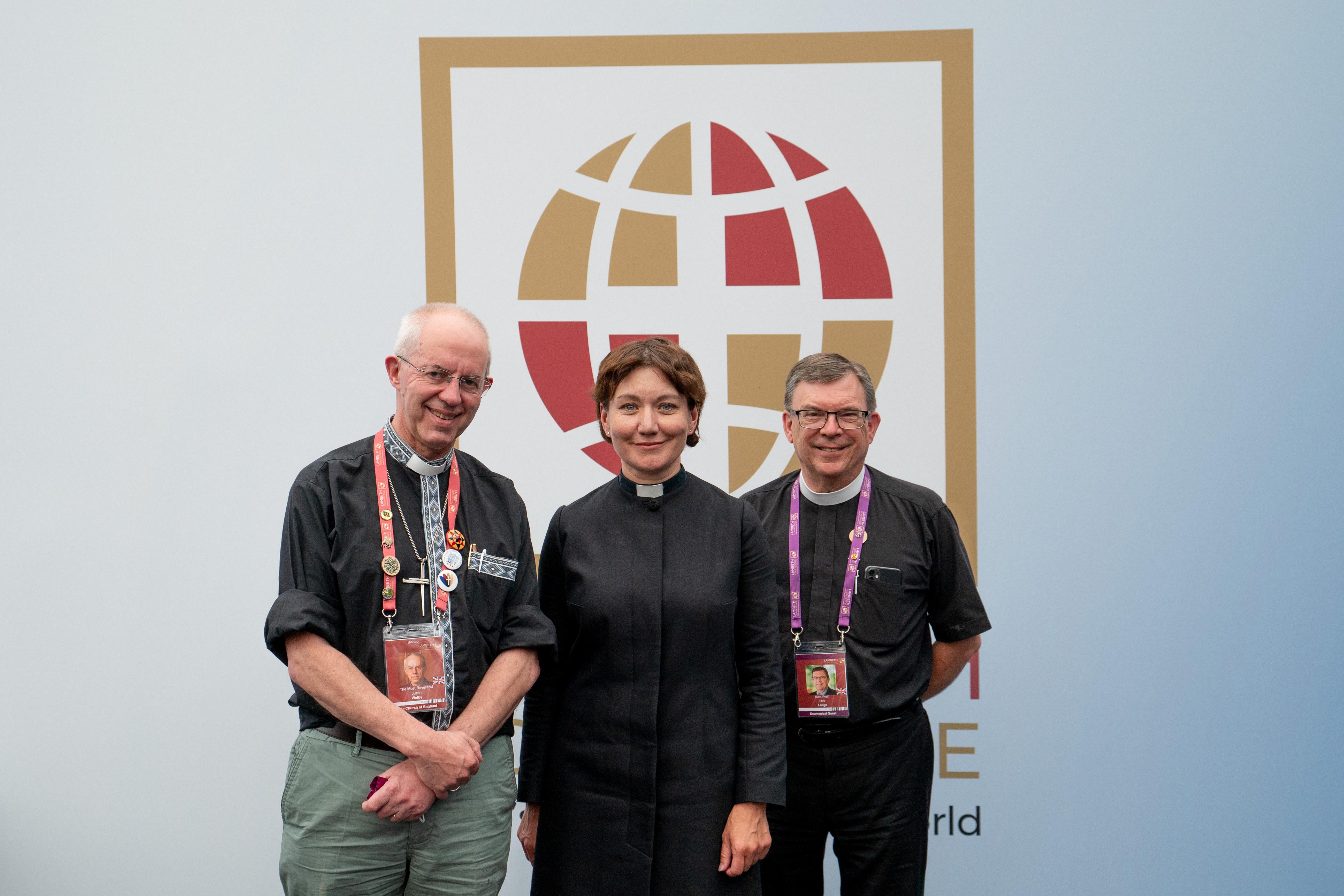 Anglican-Lutheran dialogue began in 1970 and was one of the success stories of ecumenism over the following decades. There are areas of the world where Anglicans are in full communion with Lutherans. Building on the theological progress, the new Anglican Lutheran International Commission on Unity and Mission (ALICUM) is now focusing on reception and putting shared principles into practice in different regions of the world. 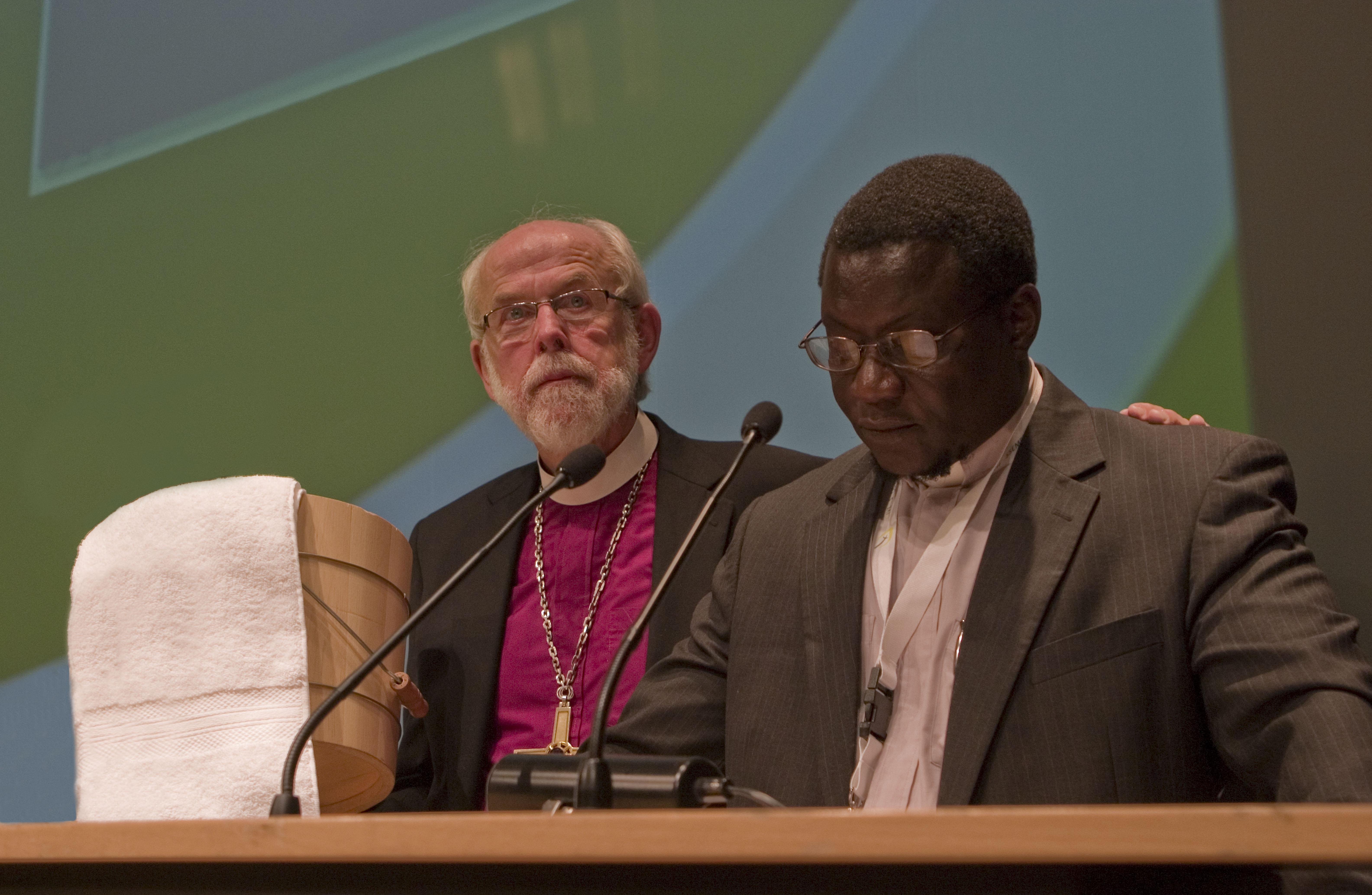 Official reconciliation between Lutherans and Mennonites began during the 450th anniversary of the Augsburg Confession in 1980. It led to a process of working through the painful legacy of persecution of Anabaptists, whom Mennonites regard as their predecessors, in the 16th century. Lutherans and Mennonites continue to build on the process of reconciliation that resulted in the 2010 action of Lutherans asking forgiveness for the persecution of Anabaptists by their ancestors in the 16th century. 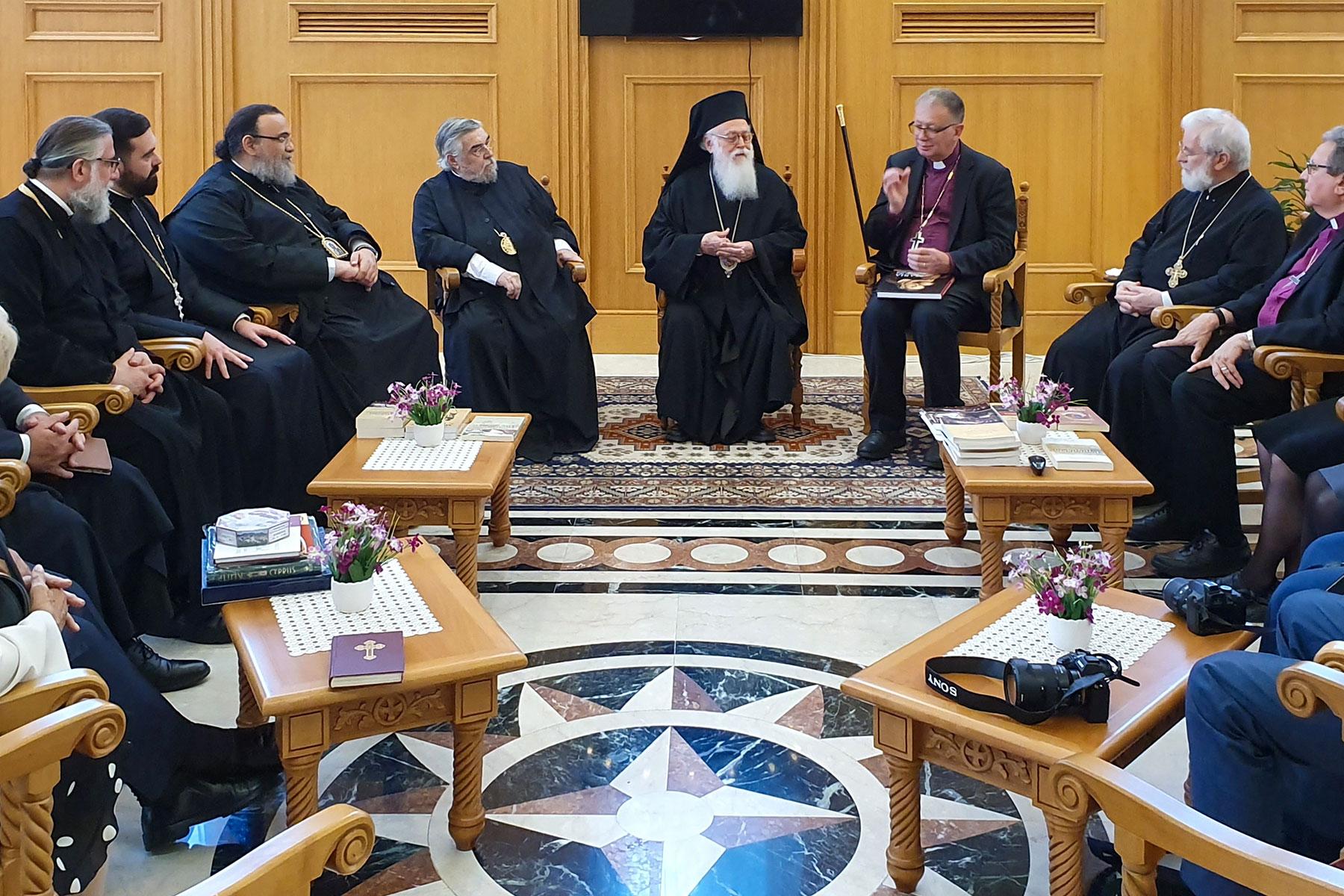 Members of the international Lutheran-Orthodox Commission meeting with Archbishop Anastasios in Albania in 2019. All photos: N. Hoppe

High-level visits and discussions between the LWF and the Ecumenical Patriarchate, the spiritual leadership of the Orthodox world, began in 1967. Plans for a global ecumenical dialogue between the two sides began shortly afterwards and were developed over the following decade. Significant common statements include Salvation: Grace, Justification and Synergy (1998) and Baptism and Chrismation as Sacraments of Initiation into the Church (2004). The topic of the current phase of dialogue, which began in 2019, is focused on the Holy Spirit in the life of the Church. 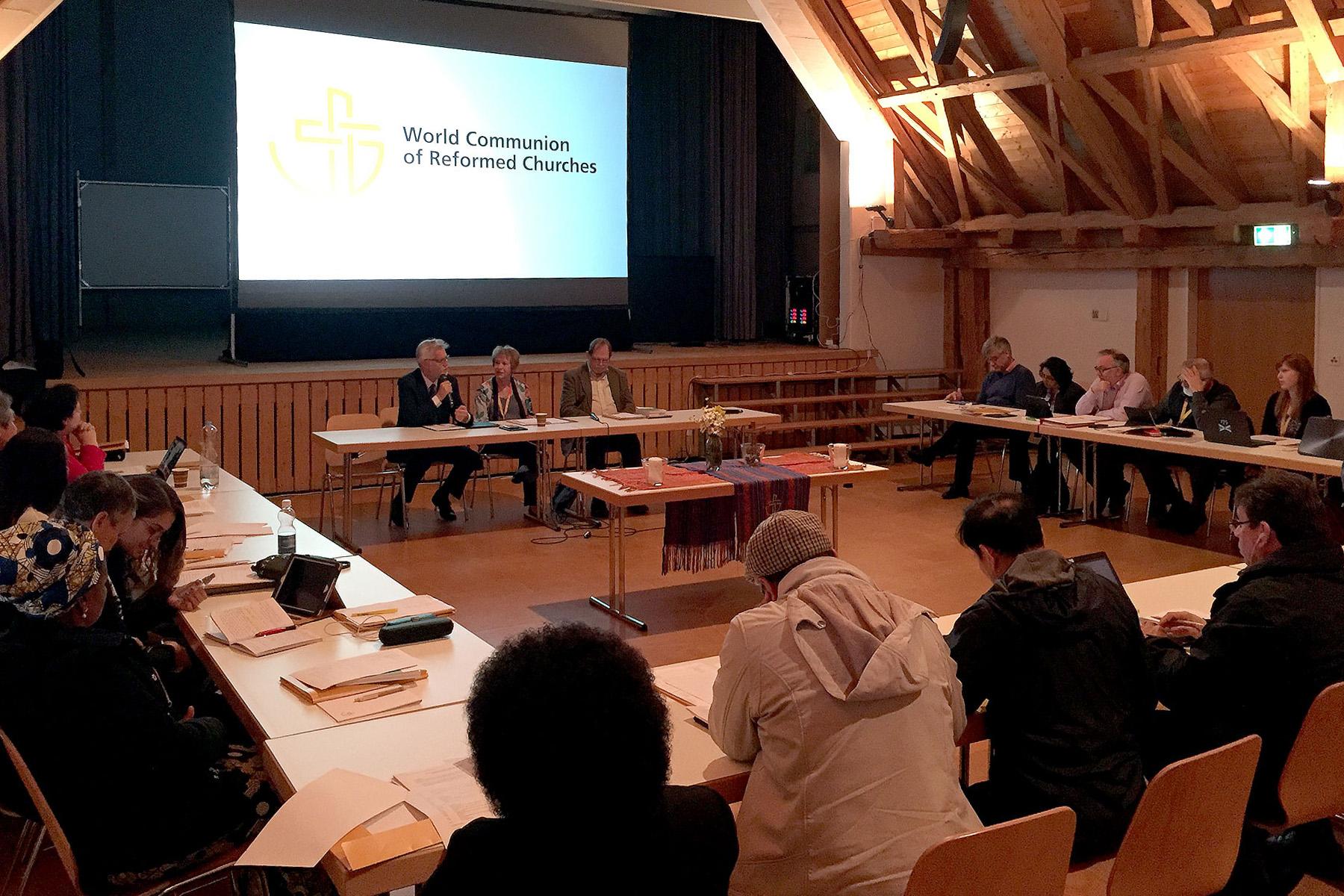 Lutherans and Reformed Christians enjoy a “special theological relationship” which has allowed churches in some parts of the world to enter into full communion of ministry and sacraments. In 1968, an ad hoc Lutheran-Reformed Evaluating Committee stated that dialogue should be encouraged and coordinated by the LWF and the World Alliance of Reformed Churches (WARC). In 2017, the LWF signed the Wittenberg Witness with the WCRC, affirming the call to continued renewal and cooperation and committing “to explore new forms of life together that will more fully express the communion we already have in Christ.” 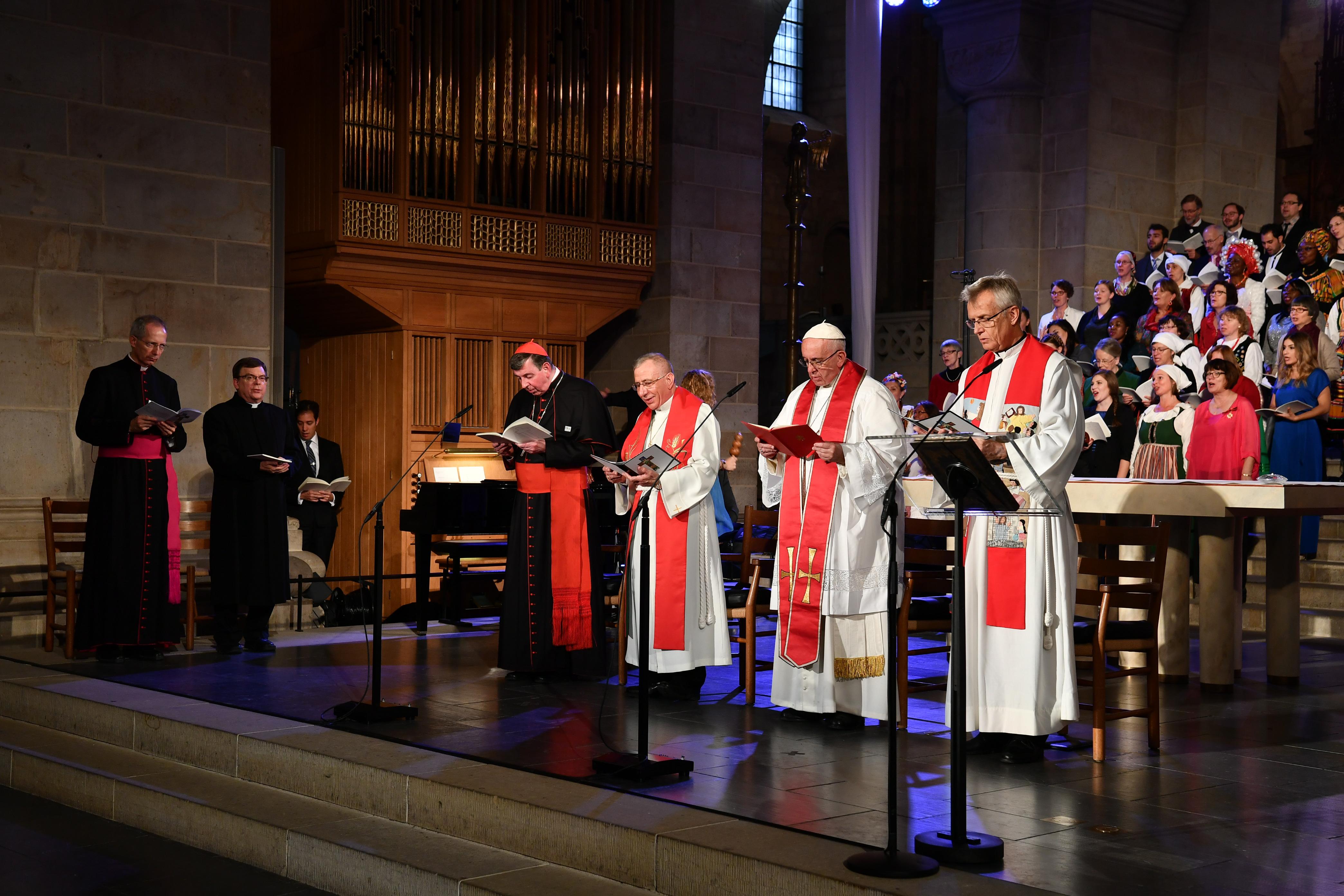 Lutheran-Catholic dialogue began in the wake of the Second Vatican Council and made a vital step forward with the signing of the Joint Declaration on the Doctrine of Justification in 1999. The Joint Commemoration of the Reformation in 2016, led by Pope Francis and the LWF general secretary and president, also marked a major milestone on the journey towards Christian unity. 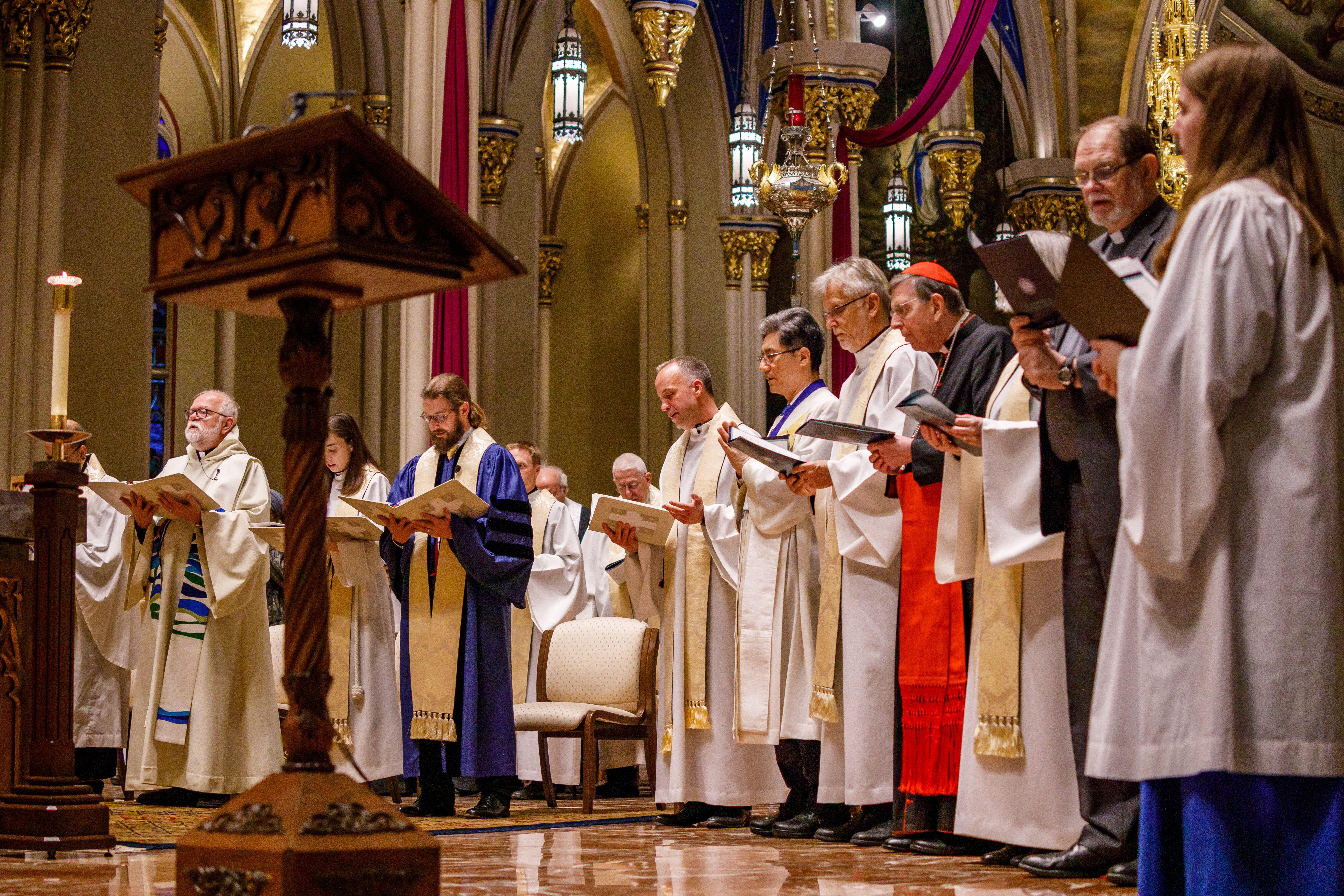 Joint Declaration on the Doctrine of Justification (JDDJ)

Originally conceived as a breakthrough in Lutheran-Catholic relations, this 1999 document has since been affirmed by Anglicans, Methodists and Reformed churches, making it into a key multi-lateral platform for ecumenical engagement.