Praying with Pope Francis, meeting with dialogue partners and presenting Lutheran perspectives at an international symposium are all on the agenda for LWF’s Prof. Dirk Lange during a visit to Rome for Christian Unity week 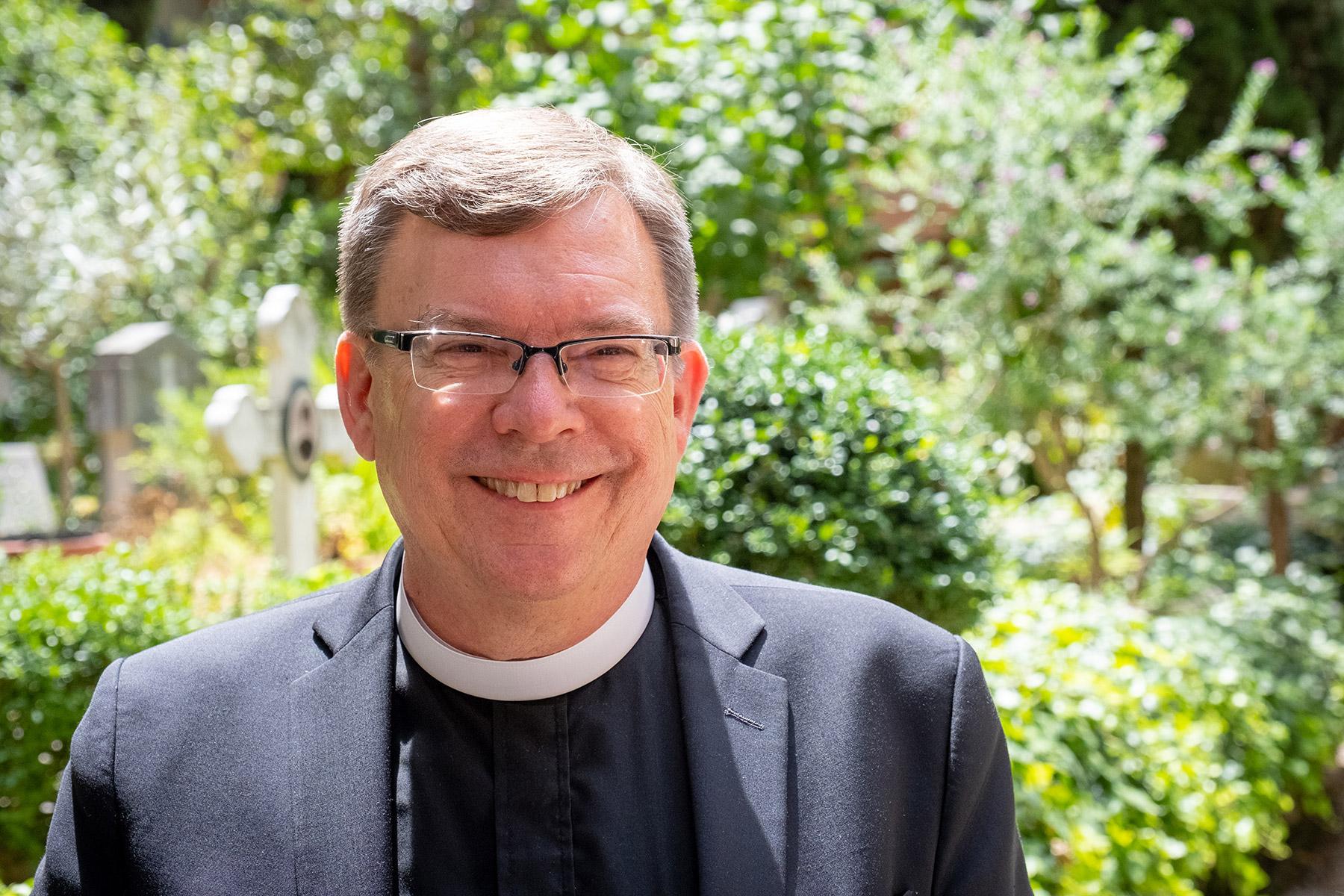 (LWI) - As the annual Christian Unity week draws to a close, the Lutheran World Federation (LWF) Assistant General Secretary for Ecumenical Relations, Prof. Dirk Lange is in Rome praying with Pope Francis and representatives of other churches for reconciliation within the Christian world.

Lange will attend Ecumenical Vespers, presided by Pope Francis, in the Roman Basilica of St Paul Outside the Walls on Wednesday evening to mark the close of the Week of Prayer for Christian Unity, which is celebrated by many churches from 18 to 25 January each year. The theme for the 2023 event, jointly organized by the World Council of Churches and the Vatican Dicastery for Promoting Christian Unity, is ‘Do good and seek justice’, with resources drawn up by the Minnesota Council of Churches in the United States.

The papal prayer service is just one of a series of high-profile ecumenical events that Lange is attending in Rome, including a lecture on Lutheran-Catholic dialogue at the Centro Pro Unione, a meeting with Christian leaders at the Anglican Centre and an international symposium on synodality at the Pontifical Angelicum University.

“Meeting again in person, encountering one another in dialogue, sharing meals and walking together opens a window in which our common desire for unity is given new impetus and hope,” Prof. Lange said.

Presenting an in-depth exploration of the latest developments in Lutheran-Catholic dialogue on 19 January, Lange challenged his audience to consider the ecclesiological implications of the most recent dialogue report entitled ‘Baptism and Growth in Communion’. He noted that the report strives “to find a new language” for the ecumenical impulse that has been developing between the Roman Catholic Church and its partners since the landmark Second Vatican Council [1962-65].

Reflecting on the Spirit-led process of growth, begun in baptism, for the individual within a particular Christian community, Lange asked whether the goal of unity is less “a model” or “state of being” and more “a dynamic of growth that includes within it continual discovery, participation, and sharing.” He added: “There is always something unfinished in this growth, which cannot be defined as a ‘defect’ to be corrected, but rather as a mutual invitation into ongoing growth.”

At the heart of ecumenism is a common prayer that transforms individuals and communities.

At a three-day symposium taking place from 26 to 28 January at the Pontifical Angelicum University, Lange will be leading an in-person delegation that will discuss the theological, historical, juridical and pastoral approaches to synodality within the Lutheran tradition. The symposium will also hear from Finnish Bishop Matti Repo, Prof Simone Sinn, academic dean of the Bossey Ecumenical Institute, and Rev. Dr Michael Jonas, pastor of the Evangelical Lutheran church in Rome, while LWF General Secretary Rev. Dr Anne Burghardt will take part remotely presenting a keynote address.

“The LWF’s ecumenical commitments and the work for unity does not end with the Week of Prayer for Christian Unity,” Prof. Lange commented. “In the coming months, dialogues and implementation of consensus statements continues with Anglicans, Orthodox, Roman Catholic and members of the Joint Declaration on the Doctrine of Justification (JDDJ) Consultation. This week reminds us that at the heart of ecumenism is a common prayer that transforms individuals and communities. Unity is a dynamic of growth.”

Churches called to be tireless ambassadors of reconciliation
news
t