Walking a new path together towards Christian unity 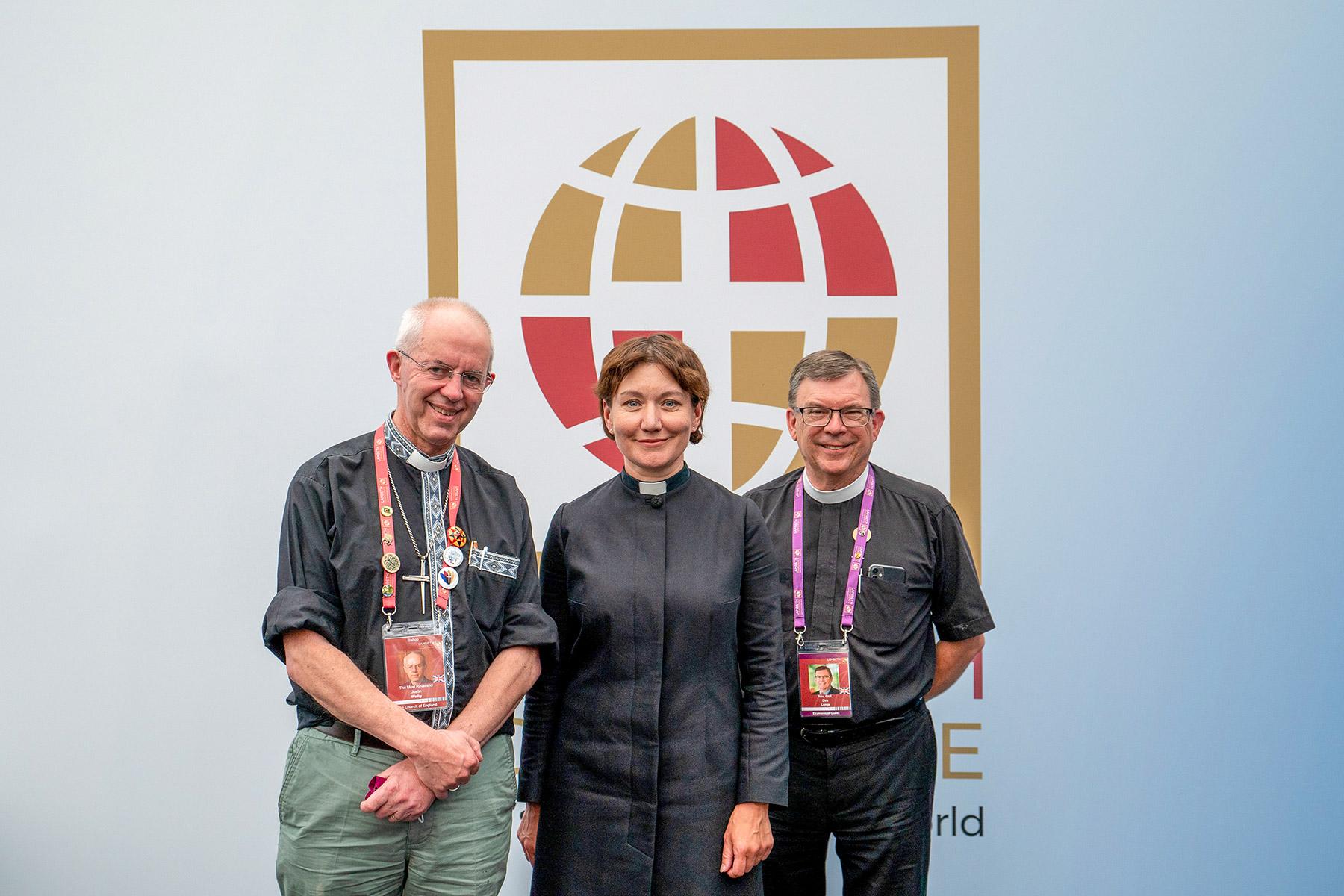 (LWI) - How do we – as Christian world communions – define the goal of visible unity for our churches? Can we find a way forward, walking together towards a shared vision? Or do we “simply fall back and expect the other to look like us?”

Those were key questions posed by the Lutheran World Federation (LWF) General Secretary Rev. Anne Burghardt to Anglican bishops and representatives of other Christian world communions gathered at the 15th Lambeth Conference in Canterbury, England.

Under the leadership of the Archbishop of Canterbury Justin Welby, over 650 Anglican leaders, as well as bishops in full communion from across the globe, are meeting from 26 July to 8 August. Reflecting on the theme ‘God’s Church for God’s World: walking, listening and witnessing together’, they are discussing the mission and the priorities of the worldwide communion for the next decade. 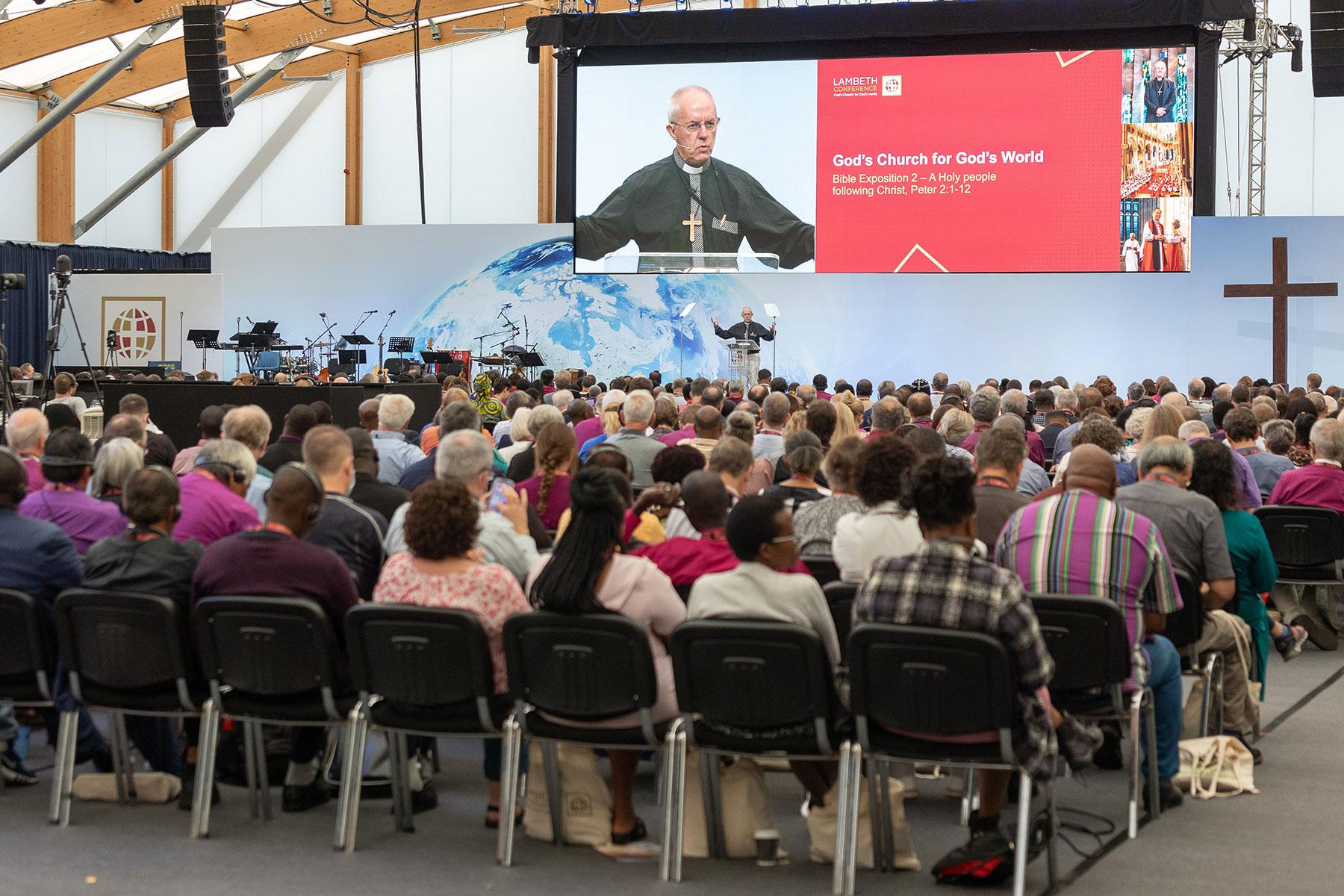 “The welcome from the bishops has been generous and the work of discernment is seriously engaged by the all those gathered at Lambeth,” said LWF Assistant General Secretary for Ecumenical Relations, Prof. Dirk Lange. “Every day, in prayer, small Bible study groups and respectful dialogue sessions, participants are discovering a path of unity and reconciliation for both the church and the world.”

On day nine of the conference, dedicated to Christian unity and interfaith relations, General Secretary Burghardt joined panelists from the Roman Catholic, Greek Orthodox, Anglican and Pentecostal traditions, who shared perspectives on the doctrinal, spiritual and social justice dimensions of the ecumenical journey.

Noting that this Lambeth Conference comes just over a century on from the 1920 Lambeth Appeal which called for “a reunited Christendom,” the LWF leader reflected on the definition of unity “for which we all yearn,” yet one which is “not always easy to define.” Decades of dialogue, she said, have helped to shape that definition, including one of the key statements on unity from the World Council of Churches (WCC) New Delhi Assembly in 1961. 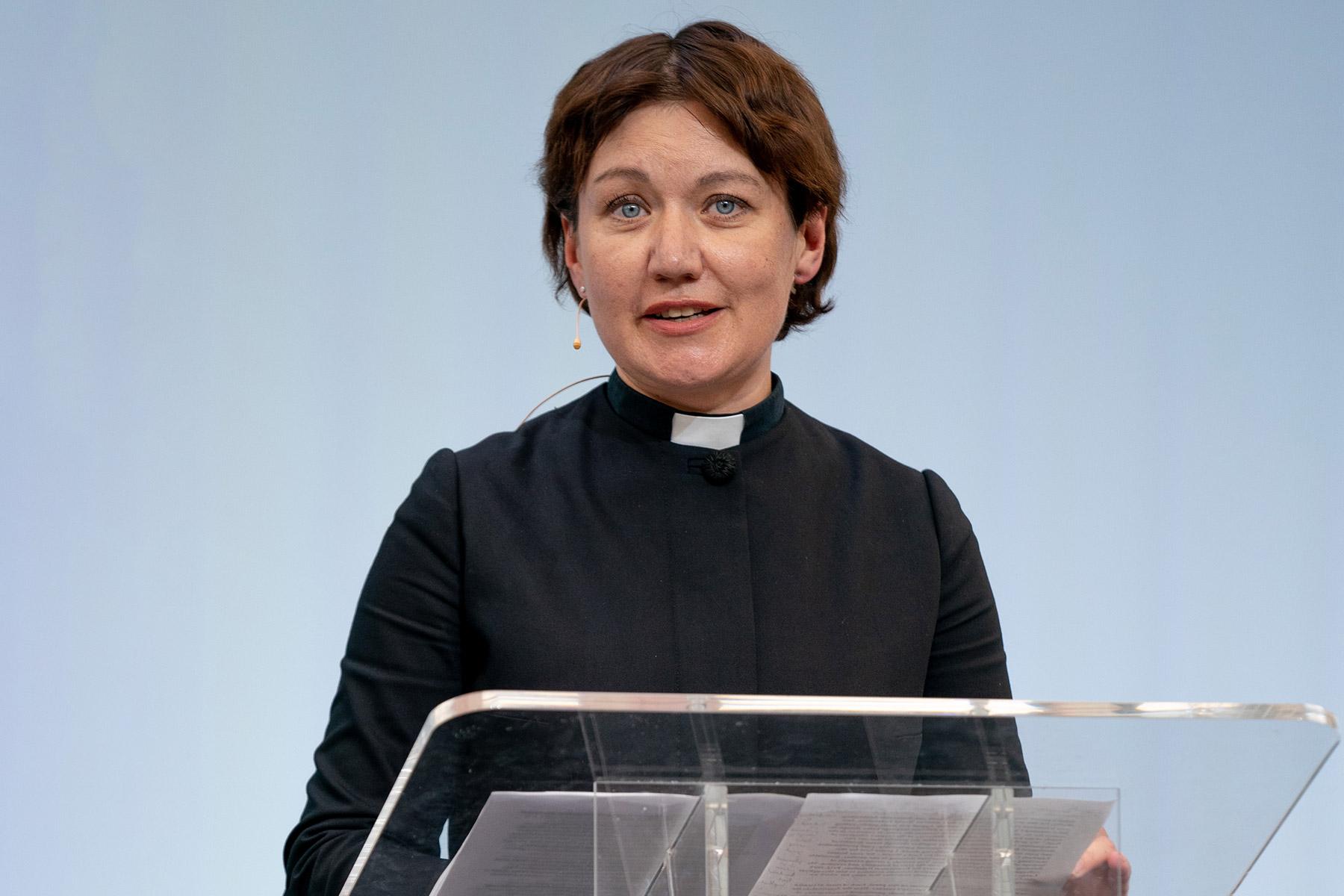 Reaffirming the importance of “spiritual ecumenism,” Burghardt stressed that “liturgy and prayer can turn us around, shape us anew, reorient us differently towards one another and to the suffering world.” Yet prayer and theological reflection, she said, must remain closely connected to diakonia and public witness. “Is this a time,” she asked, “when our solidarity with the suffering neighbor and the distressed creation may open up a new hermeneutical framework for our doctrinal and theological reflection?”

Speaking of the full communion agreements that have been achieved between Lutherans and Anglicans in different parts of the world, Burghardt noted that “visible unity does not necessarily mean institutional unity,” but rather “koinonia between our churches,” as the WCC document ‘The Church Towards a Common Vision’ spells out. She mentioned the Porvoo agreement between some Lutheran and Anglican churches in Europe (including her own Estonian Evangelical Lutheran Church), as well as the Waterloo Declaration between Anglicans and Lutherans in Canada and the ‘Called to Common Mission’ agreement between the Evangelical Lutheran Church in America and the Episcopal Church in the U.S. as examples of this shared communion.

We evangelize, [….] together, not for the sake of the church, but that God’s immeasurable goodness and God’s good intent for all people and all creation be known.

Through these agreements, Burghardt said, “living traditions are shared among different church families” while, at the same time, maintaining “their special spiritual and theological ‘accents’.” The notion of “differentiating consensus,” developed in the Lutheran-Roman Catholic dialogue, “points in the same direction,” she added, and led to the signing of the Joint Declaration of the Doctrine of Justification in 1999, now affirmed by five world communions (Lutheran, Catholic, Anglican, Methodist and Reformed).

This consensus statement, the LWF leader said, “seeks implementation on the local level, as local, neighboring parishes, rather than living in isolation or occupied only with themselves, turn to each other to proclaim Jesus, to share Jesus, to engage in the world out of love for Jesus and to do so together.” In that ecumenical dynamic, she concluded, “we evangelize, [….] but we do it together, not for the sake of the church but that God’s immeasurable goodness and God’s good intent for all people and all creation be known.”

In the remaining days of the gathering, Anglican church leaders, alongside the ecumenical participants, will continue to explore what visible unity signifies and how it is already being lived out in hospitality, generous discipleship and joint witness to the gospel in the world.

Witnessing together in a broken world
news
ttt
test news