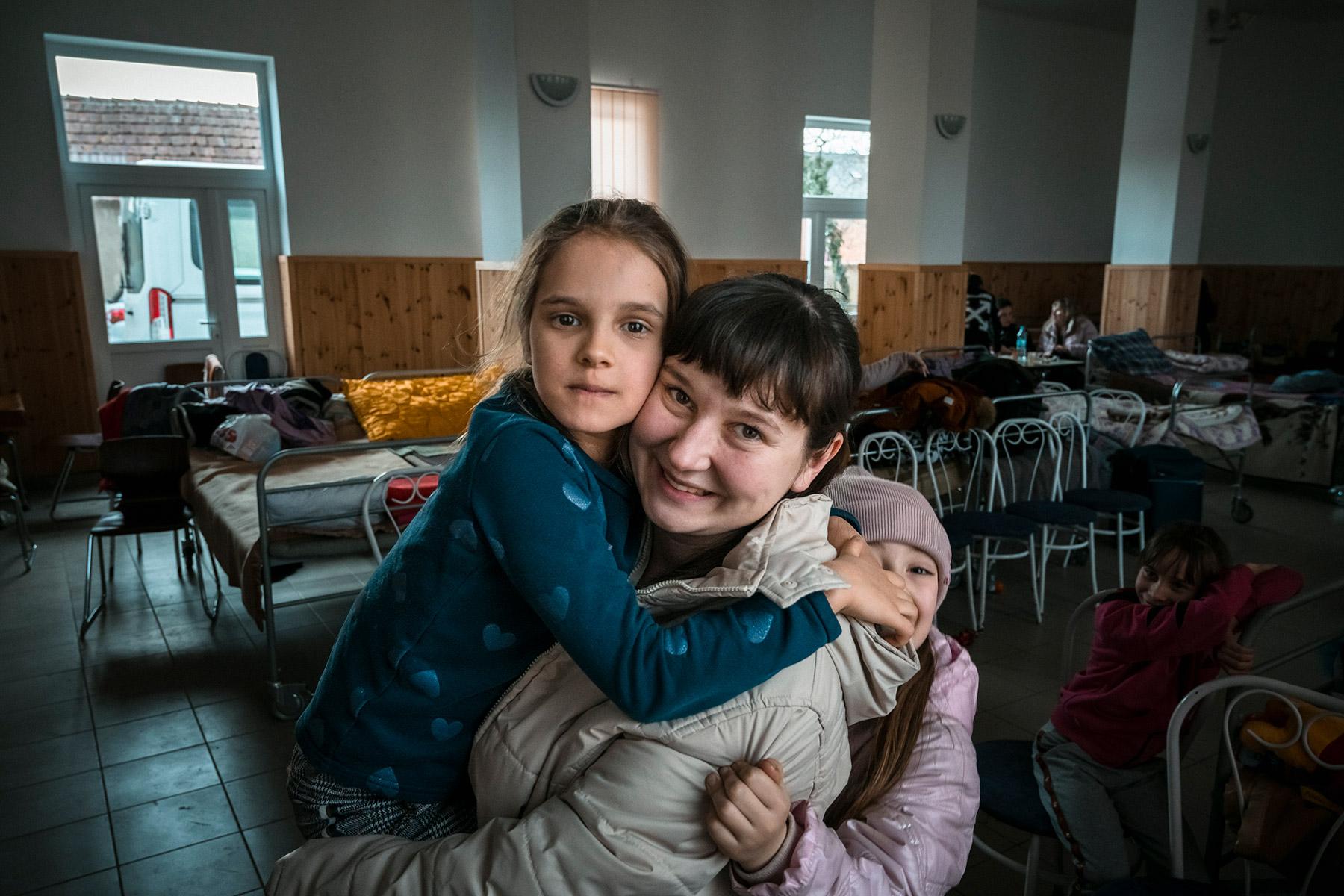 A Ukrainian refugee, Masha, with two of her children, at an aid station at the Ukrainian-Hungarian border on 2 March 2022. Masha, her husband and nine children fled from near the Crimean Peninsula and are receiving aid at a shelter where ACT Alliance member Hungarian Interchurch Aid is assisting Ukrainian refugees. Photo: FCA/Antti YrjÃ¶nen

On International Women’s Day, Lutheran leaders focus on ways that women are impacted by war and violence

(LWI) - On International Women’s Day, the Lutheran World Federation’s General Secretary Rev. Anne Burghardt has called upon “the international community, churches and leaders worldwide to work together to guarantee the rights and uphold the dignity of all women and children who have had to flee their homes and countries in search of safety.”

In a message for the annual 8 March celebration, the LWF leader notes that women and children form the majority of those forced to flee because of conflict and war. The Russian military invasion of Ukraine, she says, “has reminded us of this fact once again.” As such, she continues, women and children “are particularly vulnerable to gender-based violence, discrimination and violation of their human rights and dignity,” which exacerbates existing inequalities. “Together, we can change this,” she insists.

Around the world, other Lutheran leaders and groups are marking the international day by recalling the way that women are affected by war and conflict, oppression and injustice – as well as the ways in which they work for dignity, peace and reconciliation. Brazilian theologian Rev. Dr Wanda Deifelt, a professor at Luther College in the U.S. state of Iowa, says “celebrations will be subdued this year,” as women recall the suffering that is unfolding in Ukraine and neighboring countries where over a million refugees have fled to escape the conflict.

Deifelt is currently directing a program for Luther College students in Malta, where she says she will use International Women’s Day as “an opportunity to take stock of the advancements women have made and to learn from the strategies that has made progress possible.” In particular, she continues, “we will be highlighting women as peacemakers, thinking about the mothers of soldiers in Russia who oppose the war, as well as all the women who have been displaced by this conflict.” 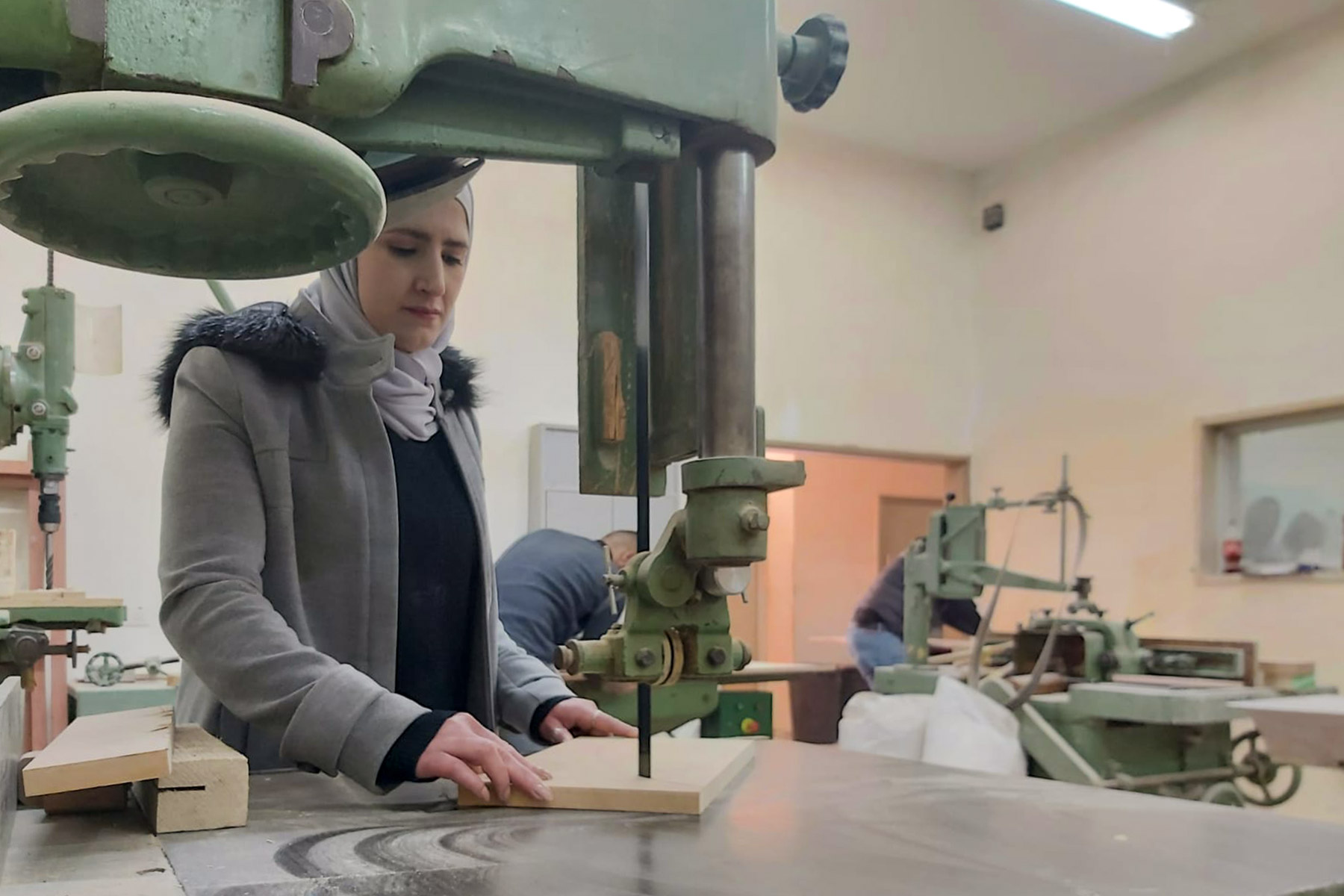 In the Middle East, LWF’s Jerusalem program, together with Canadian Lutheran World Relief (CLWR), is marking International Women’s Day by highlighting an innovative training program that builds the resilience, dignity and self-confidence of women in the West Bank. The program, known as GRIT (Gender-Responsive and Inclusive Technical and Vocational Education and Training), is funded by the Canadian government and offers practical courses such as carpentry or woodwork to help women find jobs in traditionally male dominated sectors.

Unemployment rates in the West Bank are high, so mother-of-four Ola Ali Sabbah Breijeh hopes to use her technical training to set up a small business that can employ others from her community. “Professional work for women also gives [us] distinction in the society and breaks the customs and traditions that restrict women’s freedom,” she says. Her example also acts as a powerful inspiration for other women and girls, as well as helping employers in these sectors to view women, including those with disabilities, as a skilled and capable workforce. 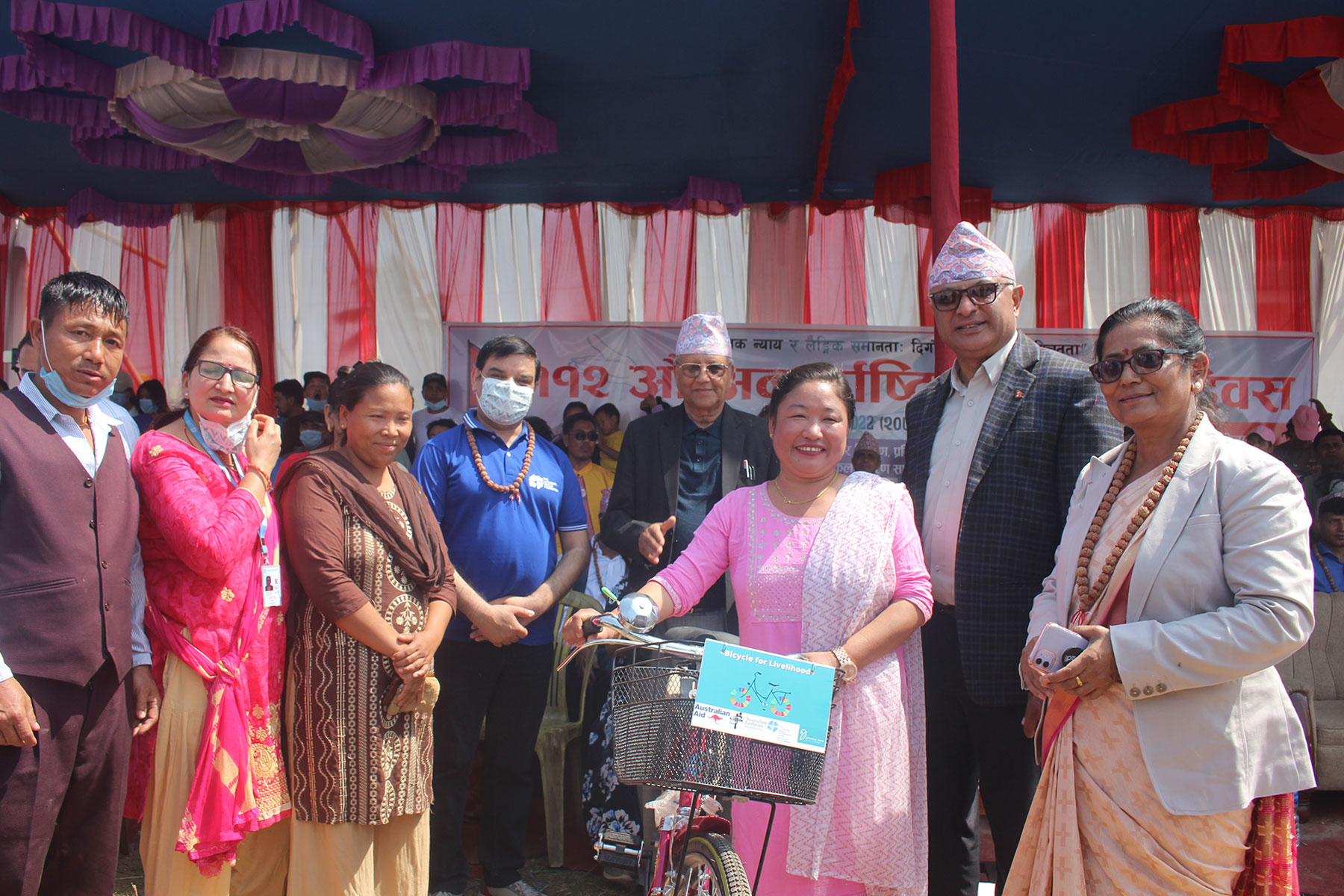 Meanwhile LWF Nepal celebrated the day by distributing bicycles to refugee women in Jhapa and Morang districts in the east of the country. The distribution program was organized in collaboration with the local municipality. 20 women entrepreneurs engaged in diverse businesses received the bicycles which will enable them to collect food for their livestock, and travel more easily to the markets, both to purchase raw materials they need and to sell their produce.

The beneficiaries include women entrepreneurs engaged in pig farming goat rearing and vegetable growing. Others have started their own tailoring and grocery businesses, while one is engaged in picking making and another in bamboo stool production. The livelihoods support program aims to motivate and encourage other women to establish their own small businesses.

We urge all our member churches to pray for just peace in the world, to support all victims of violence and to engage locally in building gender justice in church and society.

After a long period of no in-person meetings due to the Covid-19 pandemic, the Lutheran Communion in Southern Africa (LUCSA) is holding a Gender Justice & Women’s Empowerment Consultation, in Johannesburg this week, bringing together lay and ordained women to discuss the theme: “A Gender-Just church today, for sustainable mission tomorrow”. The consultation, marking International Women’s Day, aims to empower and engage women in gender justice reflection and action and to strengthen the women’s networks, as well as offer a time of shared prayer for peace.

Rev. Dr Marcia Blasi, LWF’s Program Executive for Gender Justice and Women’s Empowerment, says “it was a blessing to participate virtually in the consultation, to hear many voices reflecting on the way we are journeying together, by God’s grace, towards a peaceful and just world.” She added: “We urge all our member churches to pray for just peace in the world, to support all victims of violence and to engage locally in building gender justice in church and society.”