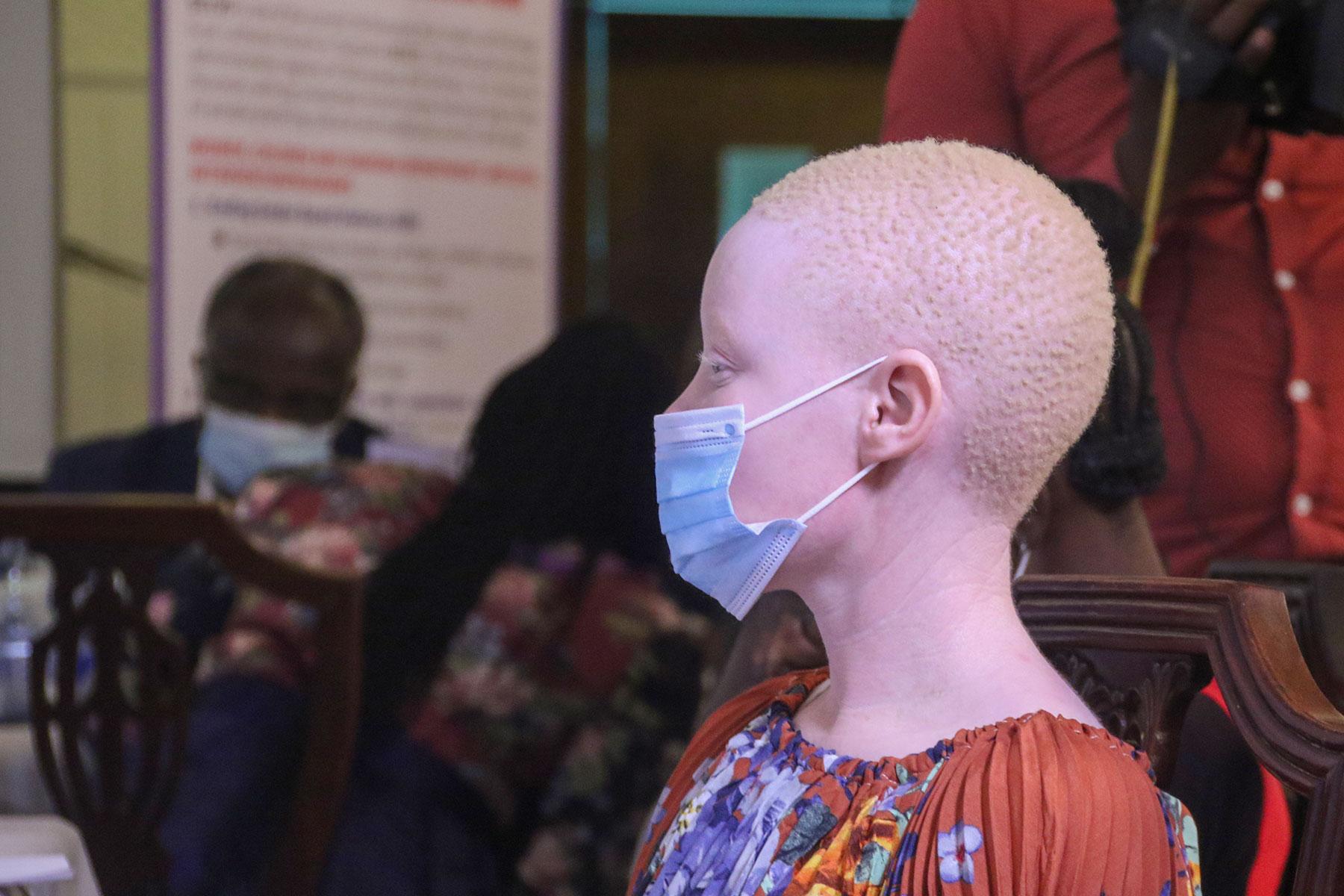 (LWI) - The vital role of religious leaders and faith-based organizations in ending gender-based violence (GBV) was at the heart of a conference in Dar es Salaam, Tanzania, on 29 November entitled ‘A wealth of knowledge and a wealth of care’. The event, jointly organized by the Evangelical Lutheran Church in Tanzania (ELCT) and the Free Pentecostal Church of Tanzania (FPCT), focused especially on the rights and needs of people living with disabilities.

The conference, which was supported by ACT Alliance and the Finnish aid agencies FELM and Fida International, brought together doctors, researchers, leaders of different faith traditions and key partners working to protect vulnerable women and girls in Tanzania, especially those living with disabilities including albinism. Organized as part of the ELCT’s participation in the 16 Days of activism to end gender-based violence, the conference was envisioned as the first in a series of annual events to strengthen the role of faith leaders in engaging with women’s health and gender issues in their communities. 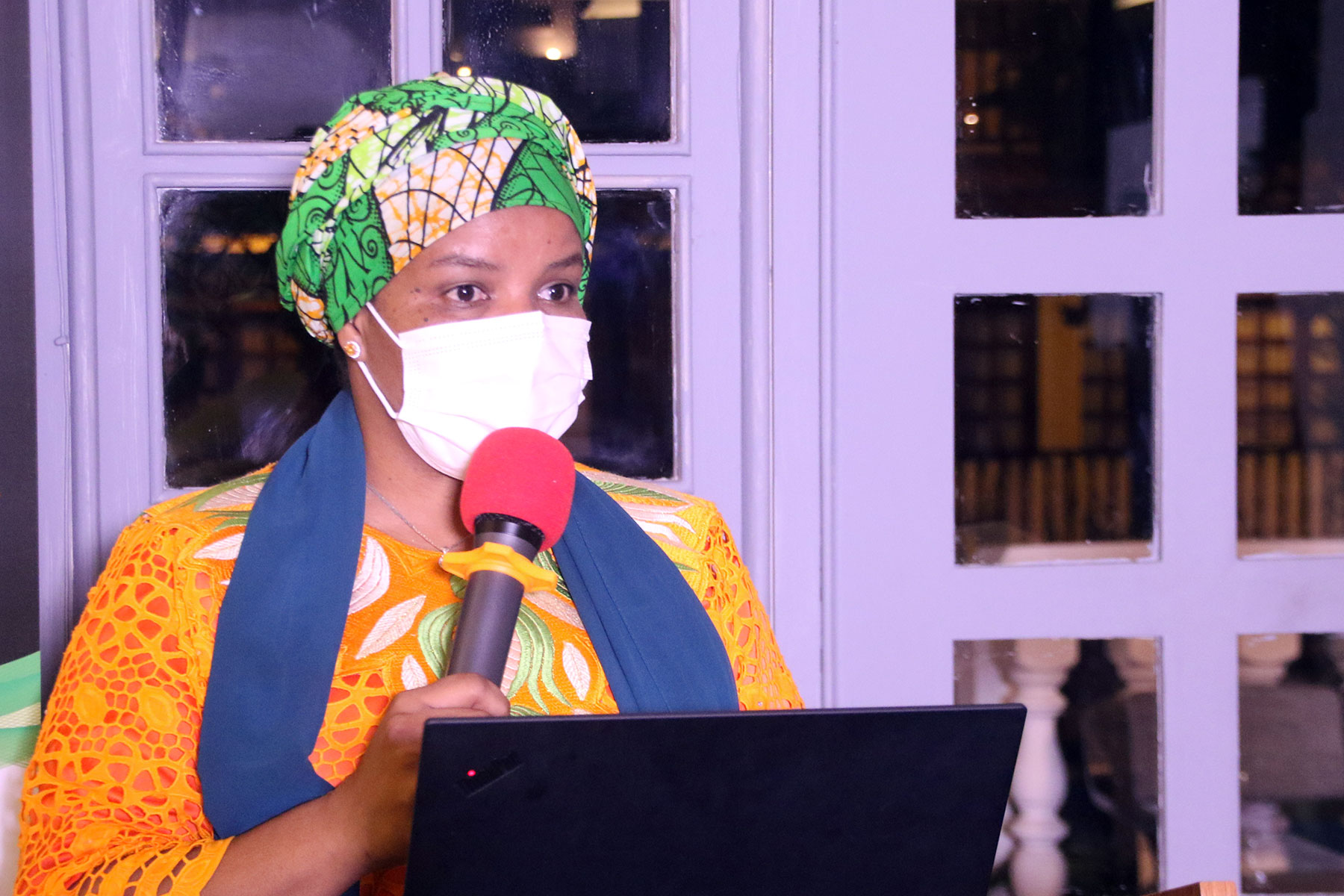 In her opening remarks, the Executive Director of the Tanzania Interfaith Partnership, Dr Saida Msumi noted that faith leaders have a special role to play in ending GBV and violence against children “because they have platforms, followers, and their voices are listened to by all of us and respected.” She told Christian and Muslim participants: “Through your voices, you have managed to change behaviors and address some social norms that hinder promotion of gender-equitable development within our communities.” 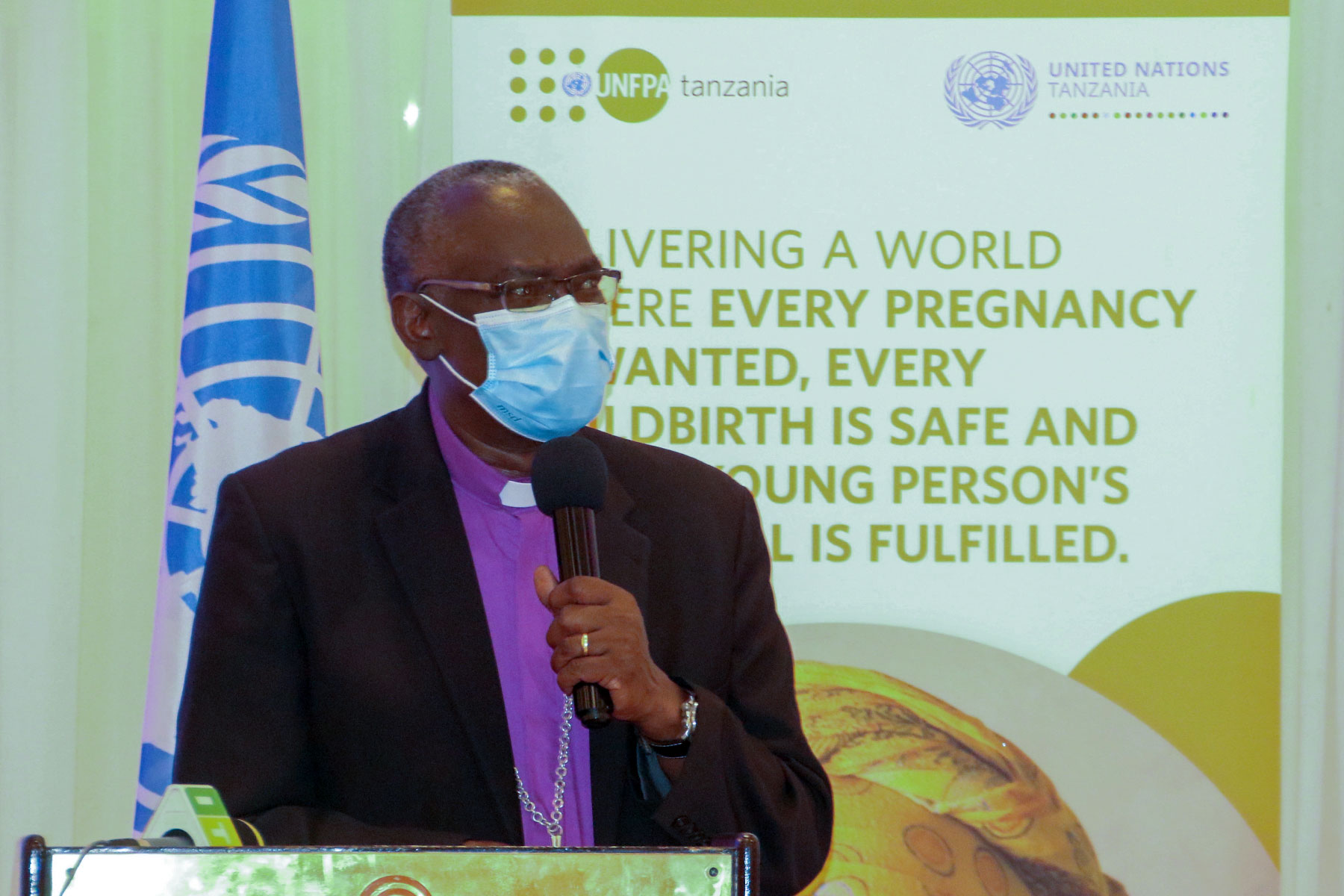 Speaking ahead of the event, ELCT’s Presiding Bishop Dr Fredrick Shoo underlined the importance of mobilizing all sectors of society to protect the most vulnerable, especially those who have faced increased violence during the COVID-19 pandemic. “We need to ensure that our Church’s services enable every girl, boy, woman and man, to reach out to us when they have experienced violence,” he said. Service providers and faith leaders must work together to ensure survivors get justice and care. Victim blaming must not happen. We can only do this if we join hands,” he added. 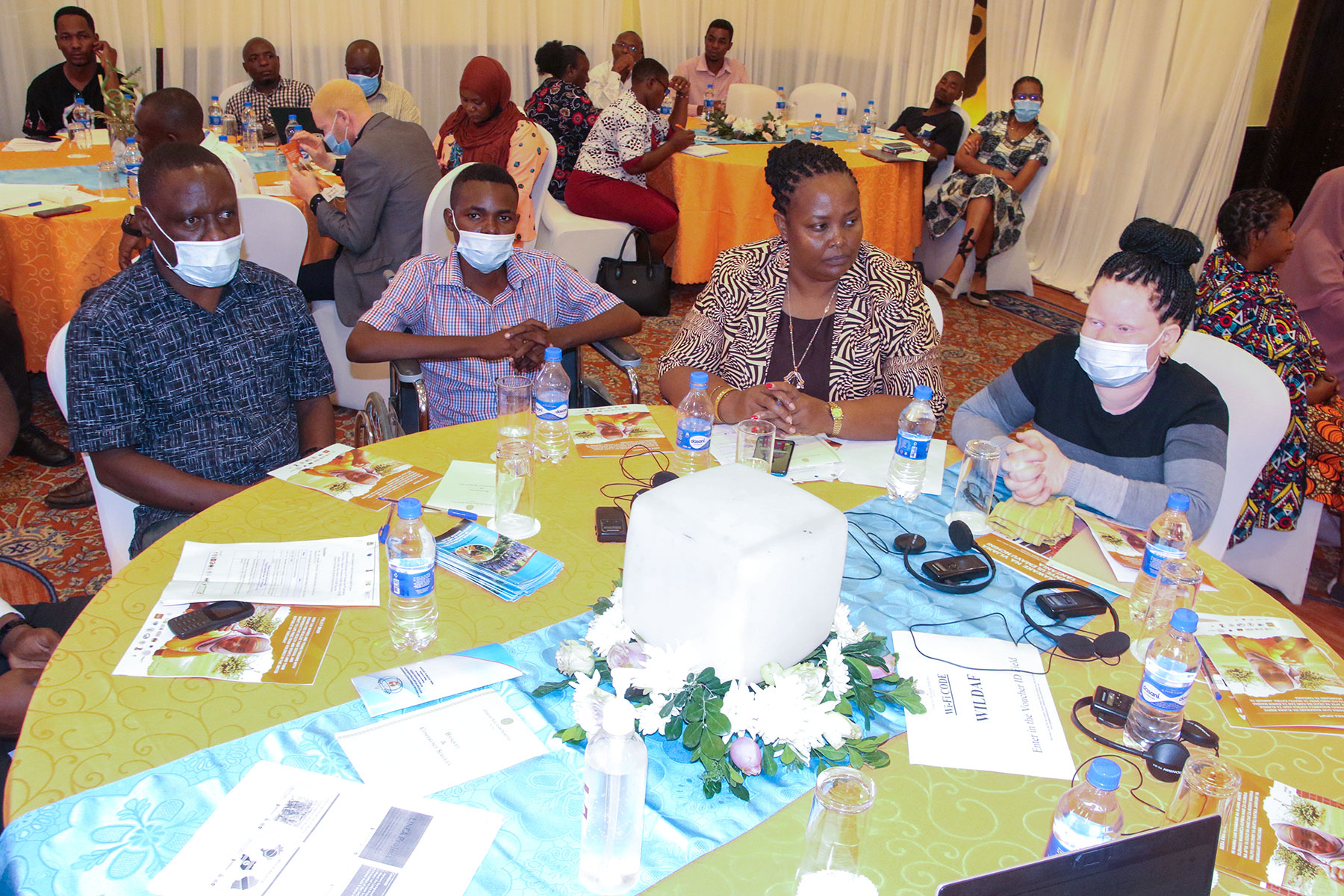 The ELCT has been working with the Tanzania Interfaith Partnership on setting up a peer-to-peer support group and online training of religious leaders from different regions of the mainland and Zanzibar. Their goal is to build up a network of faith leaders who can advance the work for gender justice, including access to sexual and reproductive health for people with disabilities and other vulnerable groups. These initiatives follow on from the work of ELCT leaders in supporting efforts by members of the indigenous Maasai community to end female genital mutilation.

Bishop Shoo also highlighted the importance of vaccinations in the struggle to end gender-based violence. “Our key societal priorities right now are ending violence and we will leave no one behind, including girls and women living with disabilities who globally experience on average 40% more gender-based violence,” he noted. “Our other priority is to ensure that everyone feels personally responsible and comfortable to get vaccinated against COVID-19. School and societal lockdowns globally led to an increase in child marriage and teenage pregnancies, we really cannot end GBV unless we also end COVID-19,” he said.

On the following day, 30 November, Bishop Shoo also took part in a national dialogue on ending gender-based violence against persons with disabilities. That meeting included the participation and testimonies of young people from the ELCT’s South Eastern Diocese Center for Girls with Albinism, as well as youth with disabilities from the Tanganyika Christian Refugee Service’s (TCRS) program in Shinyanga, Tanzania. The ELCT has been leading efforts to end the discrimination, violence and killing of people with albinism, which has been particularly prevalent in the northern parts of the country. 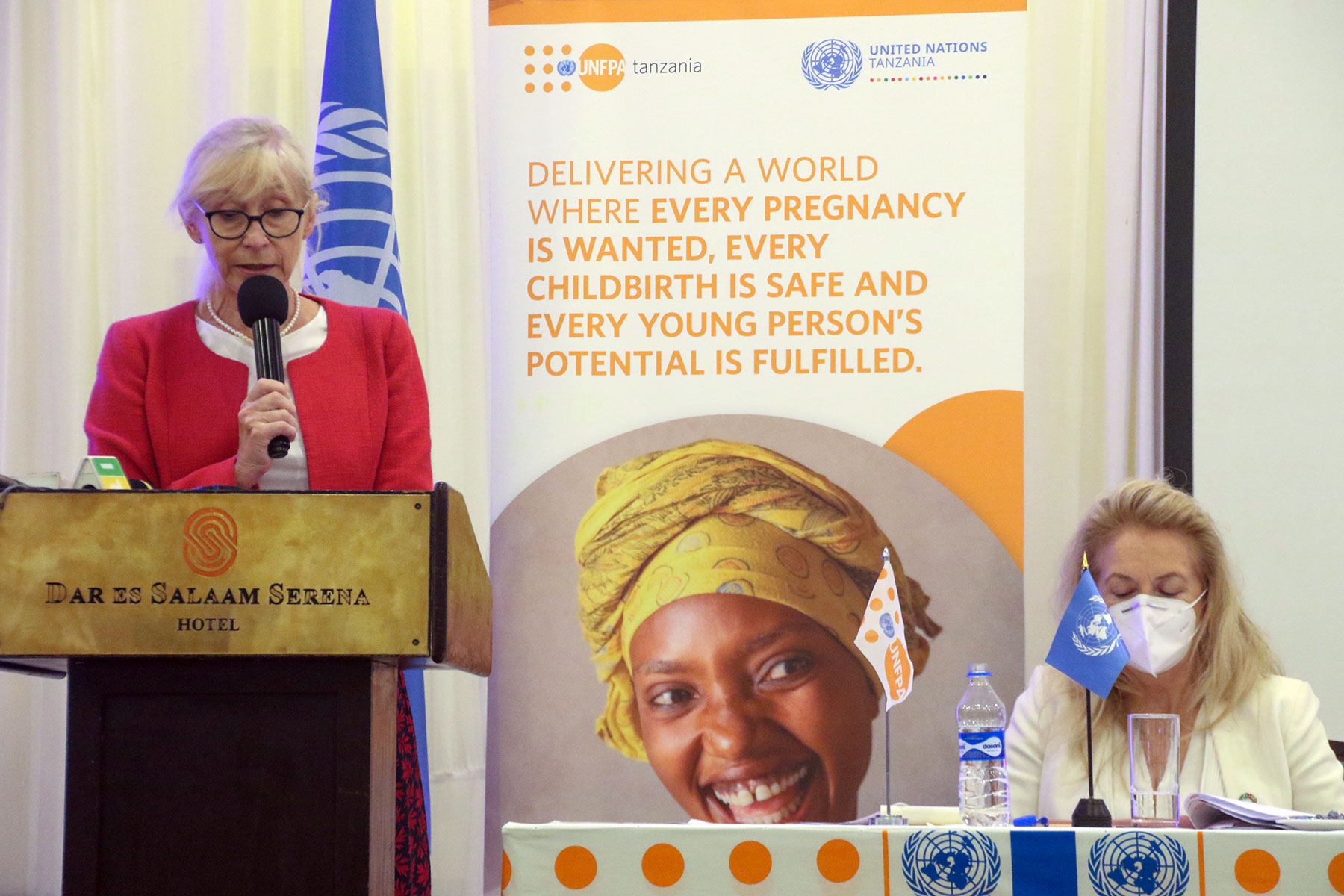 The national dialogue also marked the occasion for the launch of a new program supported by the United Nations Population Fund (UNFPA) entitled ‘Protecting the rights and choices of women and young people of all abilities in the United Republic of Tanzania’. The three-and-a-half-year program includes a variety of stakeholders and is funded by the Government of Finland.