(LWI) - The war in Ukraine and regional refugee crisis, a decline in numbers of church goers, exacerbated by the COVID pandemic and the ongoing challenge of finding common ground among minority churches with different historical, theological and linguistic traditions. These were among the key issues under discussion during the recent meeting of Lutheran church leaders from the Central and Eastern European (CEE) region which concluded in Bratislava on 21 October.

The Lutheran World Federation (LWF) President, Archbishop Dr Panti Filibus Musa and General Secretary, Rev. Anne Burghardt, addressed delegates at the encounter, speaking of the need for churches to promote peace and reconciliation at a time of conflict and growing polarization. Participants heard first-hand testimony from Bishop Pavlo Shvarts of the German Evangelical Lutheran Church in Ukraine about the war in his country. Recalling that Russian aggression began, not just eight months but rather eight years ago, he said that the response of the international community must be seen in the long-term as a “marathon,” rather than simply a short-term “sprint”.

LWF’s Ukraine Response Coordinator Josef Pfattner described the way churches in neighboring Poland, Hungary, Slovakia and Romania provided immediate aid to people, mainly women and children, fleeing from the upsurge of conflict in February. The LWF, he said, continues to cooperate very closely with local churches in seeking to “strengthen and support existing networks” and to respond most effectively to the needs of the refugees. 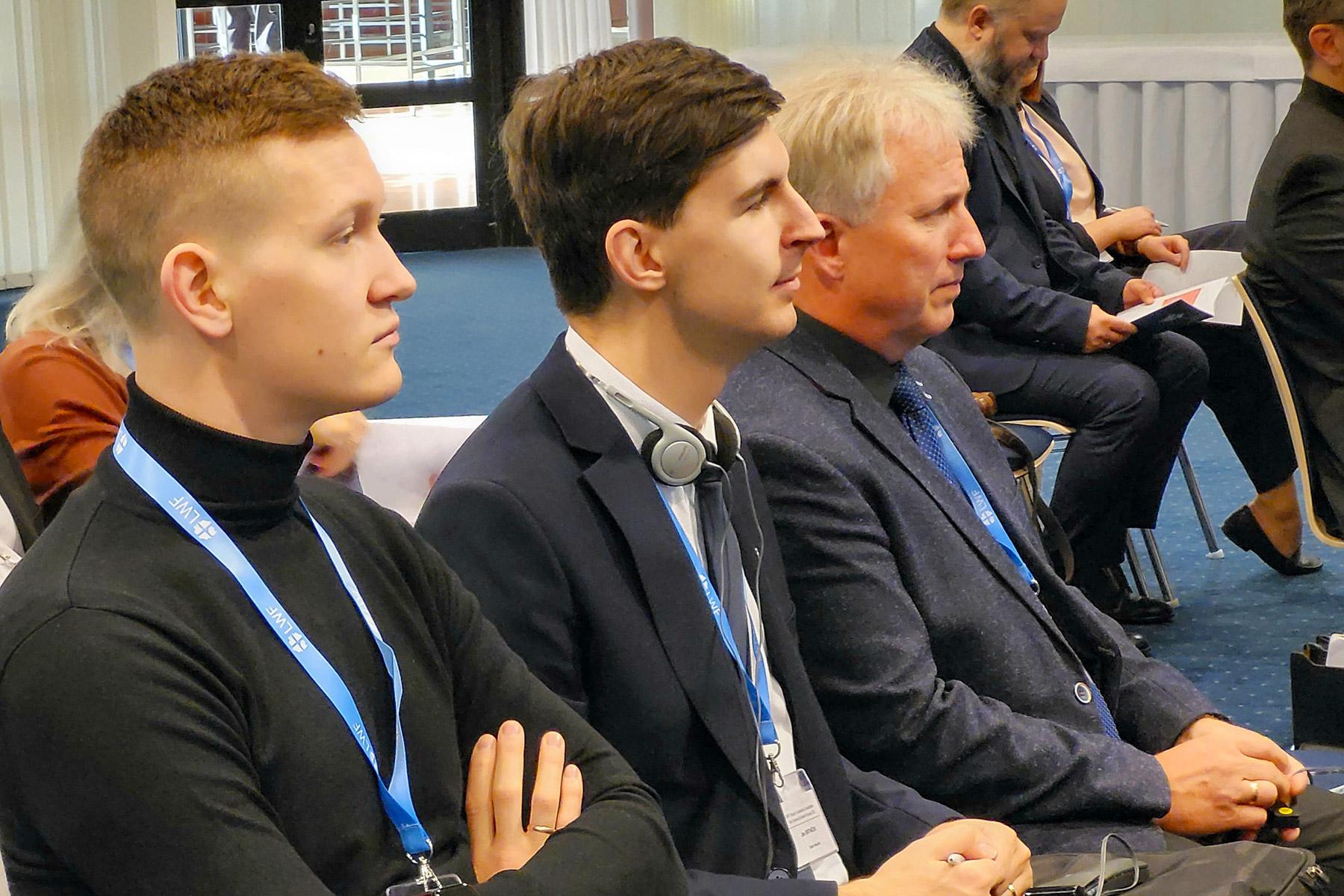 Martin Balcar, head of the central office of the Evangelical Church of Czech Brethren, spoke of the response of local congregations in his country, where 150 churches opened their doors to over 2000 Ukrainian refugees. After a complete ban on diaconal work under the Soviet regime which ended in 1989, he noted, the Diaconia of his church is now the second largest in the country and a “really relevant partner of the state.”  The challenge, he added, is that this vital grassroots work is rarely seen and acknowledged in the same way as the contribution of national or international non-governmental organizations.

Klára Tarr Cselovszky, head of the department for ecumenical and foreign affairs for the Evangelical Lutheran Church in Hungary, said the church in her country also has “a stronger impact on society than the numbers imply.” Lutherans, she said, make up about 2.5 percent of the predominantly Catholic country and have developed a relationship of what Bishop Dr Tamás Fabiny terms "critical solidarity" with the government, cooperating on education and diaconal work but also speaking out clearly for greater inclusion of refugees and marginalized communities.

Bishop Leon Novak of the Evangelical Church of the Augsburg Confession in Slovenia noted that Lutherans in his country, who number just one percent of the population, enjoy “huge recognition” from the state, partly due to the role that the 16th century Reformer Primož Trubar played in shaping the nation’s language and identity. Relations with neighboring churches and with the wider LWF communion are also important for training of pastors and strengthening the position of the church, he said. 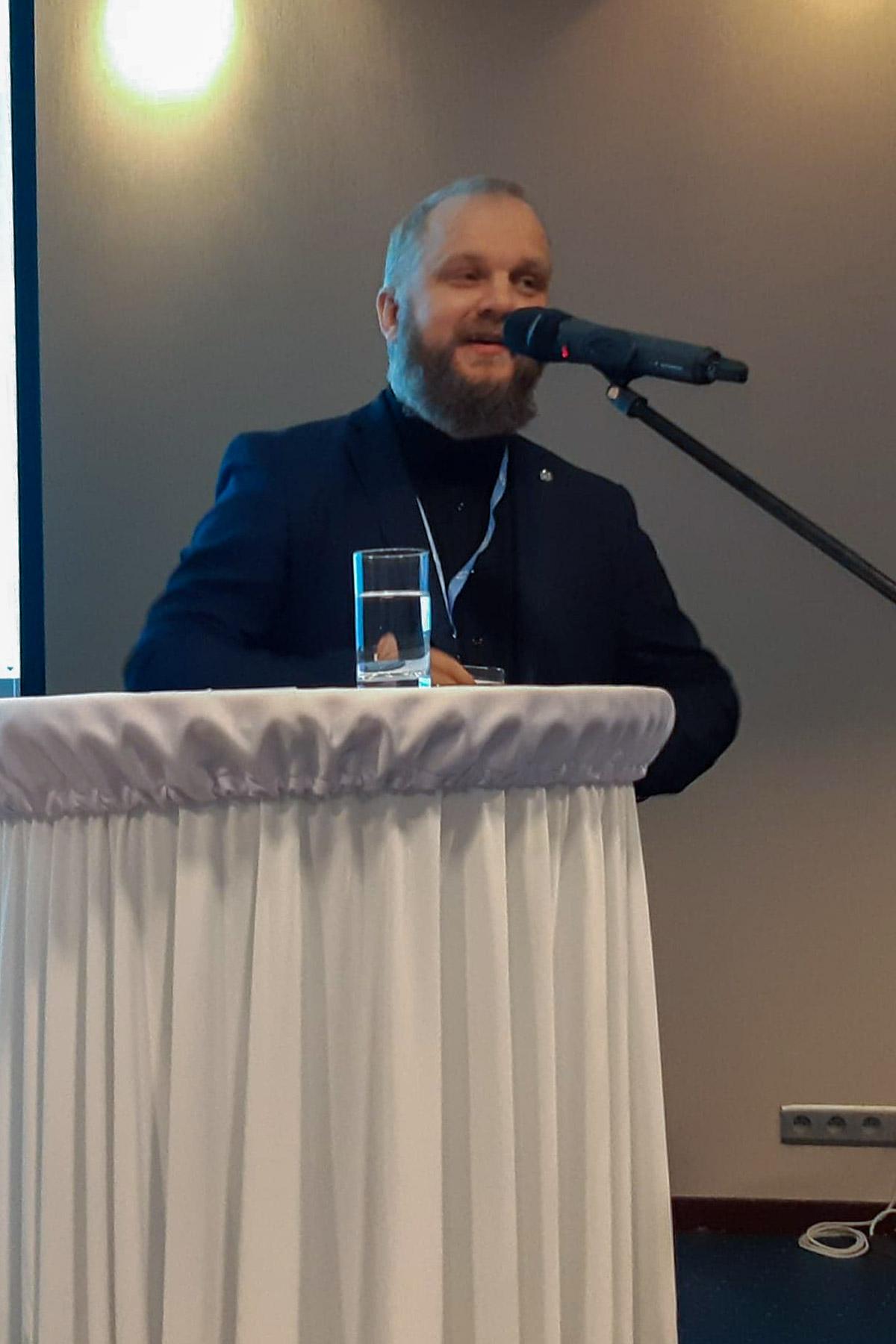 Bishop Pavlo Shvarts of the German Evangelical Lutheran Church in Ukraine speaks about the war in his country to participants at the church leadership consultation for Central and Eastern Europe in Bratislava. Photo: LWF/P. Hitchen

Dr Anna Sóos, vice-president of the Evangelical Lutheran Church in Romania highlighted the challenge of reaching out to young people and strengthening education at all levels from pre-school to university and seminary training at the Protestant Theological Institute of Cluj-Napoca in the northwest of the country. Speaking from the perspective of a predominantly Orthodox nation, she also emphasized the need for the LWF to help “bring us together and foster dialogue with Christians and non-Christians too.”

Bishop Jaroslav Javornik of the Slovak Evangelical Church of the Augsburg Confession in Serbia also highlighted the important role of the LWF in strengthening the capacity of minority churches across the region. He praised the Retreat of Newly Elected Leaders (RoNEL) program which the LWF hosts to support closer ties among church leaders from different parts of the Lutheran communion. Speaking of a new joint program to empower women in churches across the Balkan region, he said all of these churches need stronger support for the diaconal work of their congregations. 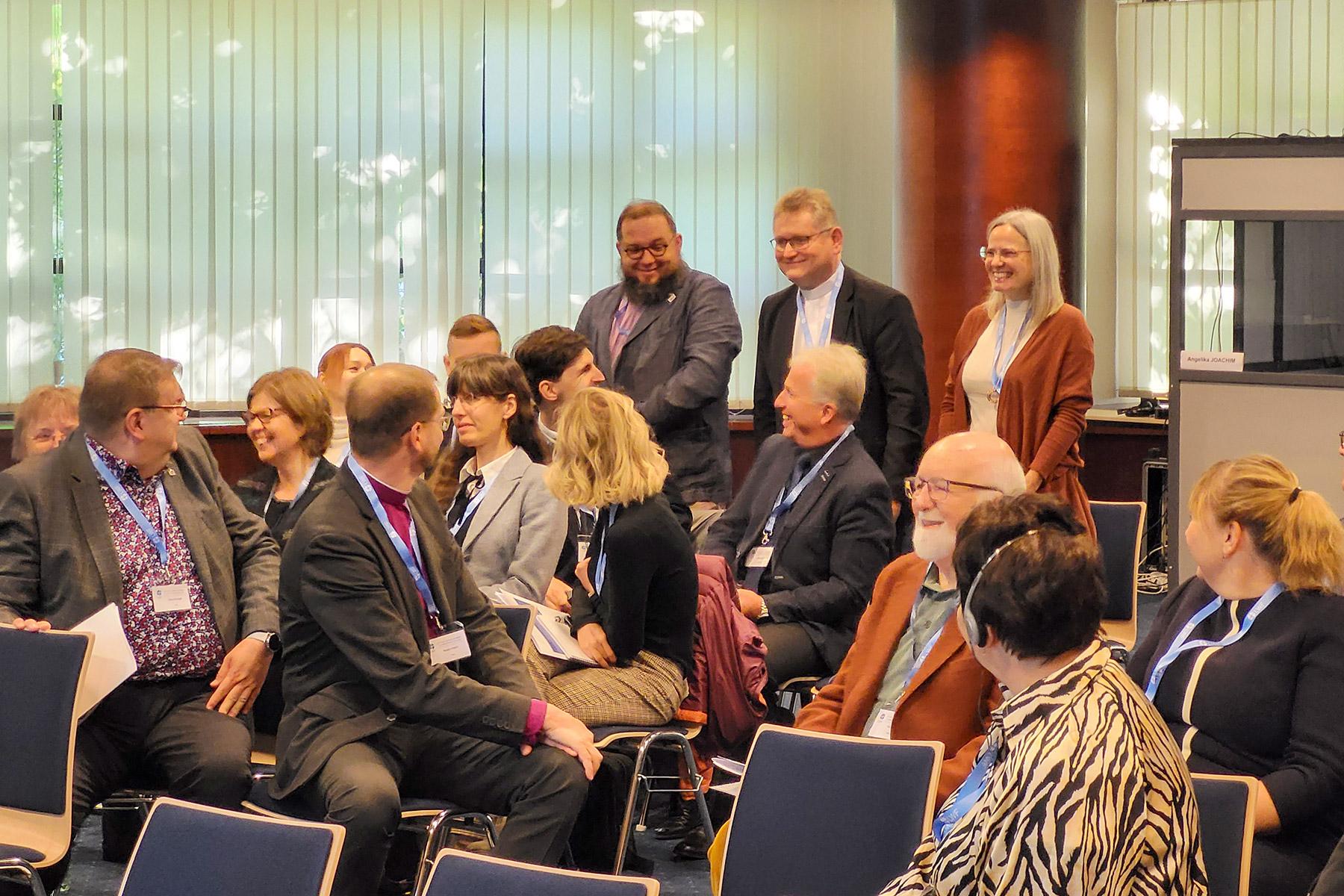 Polish participants at the church leadership consultation in Bratislava gave presentations on the upcoming LWF Assembly in Krakow on the theme of ‘One Body, One Spirit, One Hope’. Photo: ECAC SR/Jana Nunvárová

Rev. Andris Krauliņš, Secretary of the department for international affairs of the Evangelical Lutheran Church of Latvia, said “the future of the church will not be easy” with churches, especially in rural areas, becoming “emptier and emptier,” particularly in the wake of the COVID-19 pandemic.” Yet he also noted that around a thousand new members join the church each year, some wanting a religious wedding, others invited by Lutheran parishioners or attracted by Alpha courses offering an introduction to Christianity.

Bishop Samiec spoke of the Holocaust and the implications that this tragedy history continues to have for churches in the region today. “Exclusion starts slowly,” he said, “so the challenge for us as churches is to look around at what is happening today and speak up for all excluded people, even though we may not share their attitudes, beliefs or values.”

Reflecting at the conclusion of the consultation, LWF’s Regional Secretary for Europe, Rev. Dr Ireneusz Lukas said: “This gathering is the only space where leaders of all LWF member churches of the region can meet together. It enables them to nurture mutual relations, not only by attending worship services and reflecting on the Word of God, but also by sharing experiences and seeking common solutions to contemporary challenges facing their churches. This year, an important part of our consultation was preparing for the LWF Assembly, which will take place next year in Poland - for the second time in the history of LWF in our Central and European region.

Estonia: The church, a treasure for future generations
news