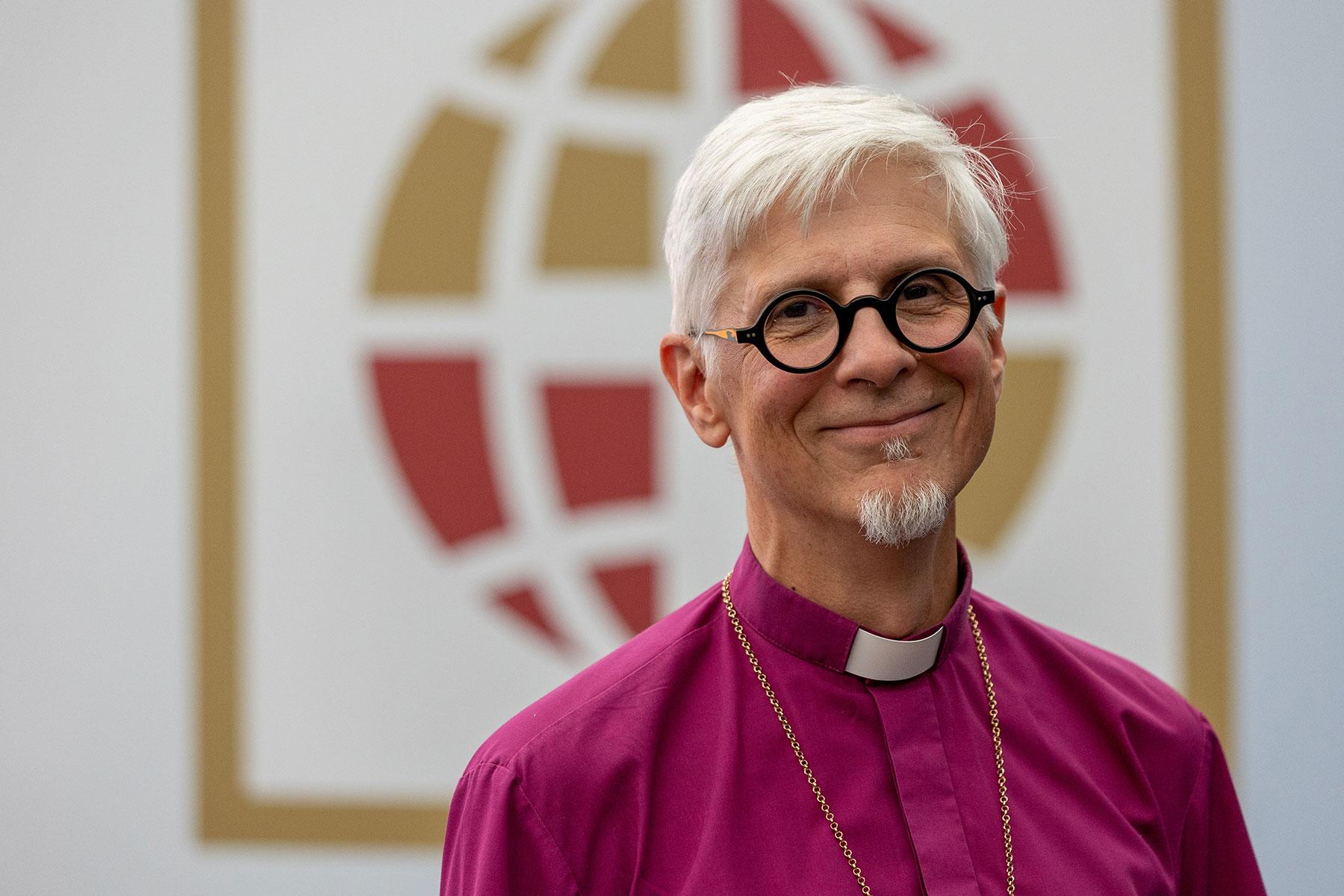 (LWI) - Three decades on from a groundbreaking agreement establishing full communion between Anglican and Lutheran churches in Europe and the Baltic states, a group of Scandinavian Lutheran bishops were in Canterbury, England, recently as full participants in the 15th Lambeth Conference of Anglican leaders from around the globe.

The 26 July to 8 August gathering on the theme “God’s Church for God’s World” focused on identity and priorities for the Anglican Communion over the next decade, including the issues of ecumenical and interfaith relations. The Lutheran World Federation (LWF) General Secretary Rev. Anne Burghardt also addressed the conference, reflecting on the goals and progress of the ecumenical movement.

Among the Scandinavian Lutheran participants was Finnish Bishop Matti Repo, co-chair of the Porvoo contact group, which works on the implementation of the 1992 Porvoo Common Statement. That agreement, which brings together 15 Anglican and Lutheran churches in Europe, was named after the Finnish city where the first shared Eucharist took place following the successful conclusion of the theological dialogue.

Bishop Repo, tell us more about the origins of this landmark ecumenical development?

Yes, Porvoo is the result of a long dialogue which traces its roots back to an earlier Lambeth Conference, held over a century ago in 1920, when bishops issued an appeal for the unity of all Christian people. That appeal led the Church of England to begin building relationships with Scandinavian Lutheran churches, first in Sweden in the 1920s, then in Finland and the Baltic countries in the 1930s.

These early dialogues were interrupted by the Second World War but resumed in the following decades and were taken up at global level in the 1960s between the Anglican Communion and the LWF. Building on other ecumenical agreements, in particular the World Council of Churches pioneering 1982 document Baptism, Eucharist and Ministry, Lutheran and Anglican theologians were able to overcome their burning questions about the historic continuity of bishops as a requirement for unity.

So the Porvoo agreement marked the successful end of the journey towards unity for these two communions?

Yes, in a sense that is true, but at the same time we have to ask ourselves how do we live as churches in communion? Do we just belong to our own church families or, if not, how can we come closer in our daily lives, sharing in a common mission and service? That is why we have this contact group, that I chair with Anglican Archbishop Michael Jackson of Dublin, to get to know one another better and to help our churches build relationships at parish and diocesan levels.

As Cardinal Koch of the Vatican Dicastery for Promoting Christian Unity challenged us during his presentation to the Lambeth Conference, the burning question facing all in the ecumenical movement today is how do we grow into life together as one?

What are you doing in your church in Finland to build those relationships with Anglicans?

The Anglican church in Finland is very small but in my diocese of Tampere we have an English-speaking congregation which is mostly served by Lutheran clergy. There is an Anglican priest in Helsinki who comes maybe once a month, but mostly worship is held in a Lutheran church with a Lutheran pastor paid for by our Lutheran parish federation.

Another example is our extensive collaboration with the Anglican diocese of Manchester for confirmation training. Every summer a group of Lutheran teenagers travels to England for a confirmation camp and similarly, a group of Anglican confirmation candidates comes to us in Finland. They get to know each other and realize that they share a common faith, so their eyes are opened to the unity of the Christian church. It is vital that we take the youth in our churches seriously, so other dioceses in Finland are also beginning to imitate this initiative.

Could the Porvoo agreement serve as a model for other churches too?

Yes, the small Anglican churches in Spain and Portugal have also joined the agreement so we can support them too. More recently, we have been able to deepen our relations with the Methodist church, thanks also to the Joint Declaration on the Doctrine of Justification, which the Methodists signed in 2006 [joining together with Lutherans and Catholics, and later with Anglicans and Reformed churches as well.

But in our context in Finland, it is not easy to develop practical ecumenical initiatives as we have very different financial resources and positions in society. We need to develop structures for mutual exchange and learning and maybe for shared decision-making too. We need to be more accountable to each other and to find ways of common witness and service. For example, since 2015 we have received increasing numbers of people from non-Christian countries in the Middle East and North Africa: how can we develop ways of welcoming them together, as well as providing food and shelter?

Where does your own passion for ecumenism stem from and how do you share it with others?

I was ordained in 1985 but even during my studies I was interested and active in local ecumenical work. What shot me into this orbit was when I was sent to serve in a Presbyterian church in Michigan in the United States. As well as learning to speak English, those few weeks also helped me to realize that I can start taking concrete steps in this direction too. After many years in parish ministry, I served as ecumenical secretary in my church’s department for international relations, as well as co-secretary for the Porvoo group that I now chair.

Finland is a traditionally homogeneous country so most people know very little about other Christians. They may know there is an Orthodox church or a Pentecostal church in town but they never go there, as they are a bit mistrusting of anything in the liturgy that seems unfamiliar to them. The Finnish media is interested in Pope Francis but people don’t know much about the Catholic church either.

But the religious landscape in our country is changing: the Orthodox church used to be the second largest faith community but now we probably have more Muslims than Orthodox. These changes are a good challenge for all our churches and we want to address them and find a way forward together.

A liturgy to share what “unites us”
news
ttt
test news