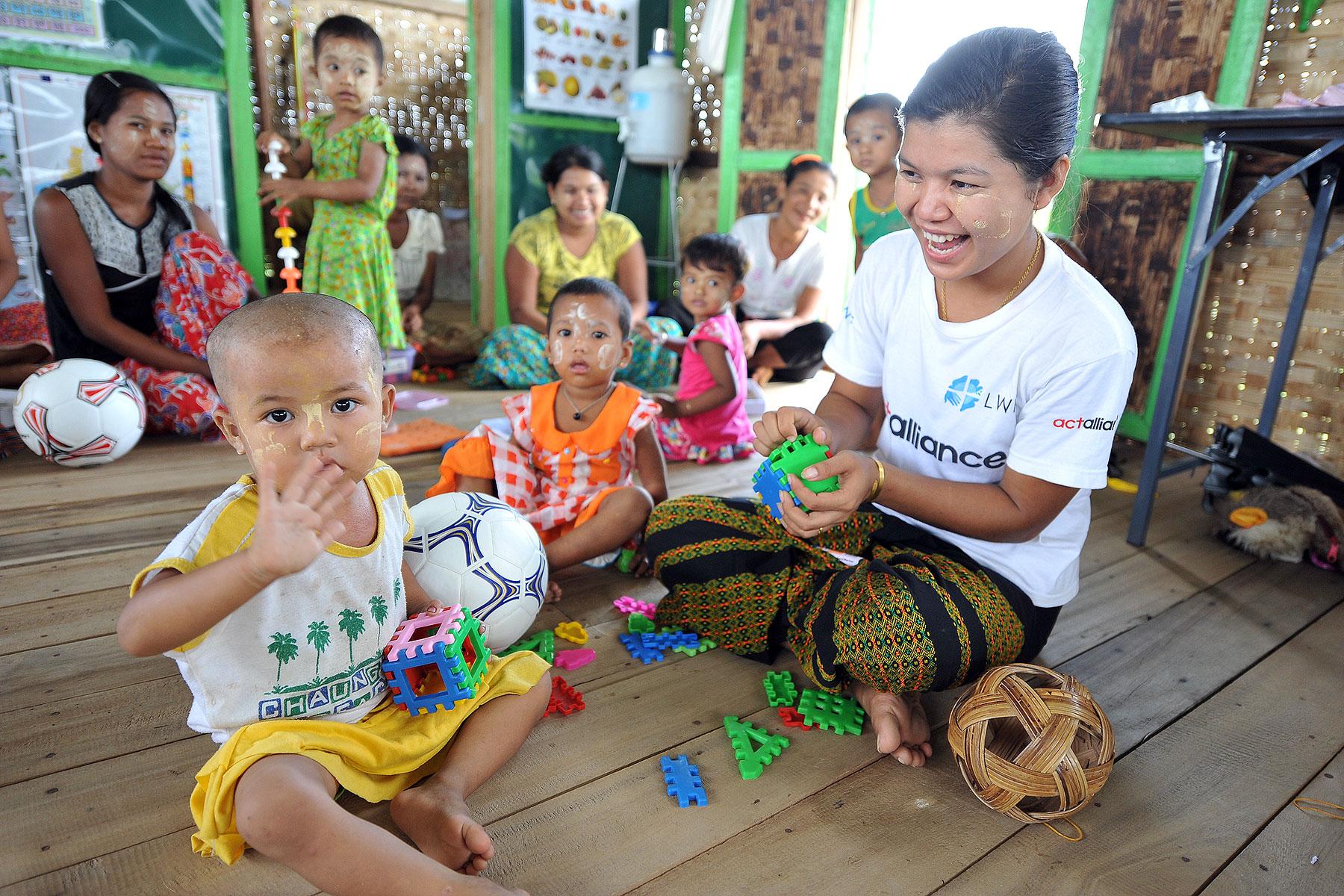 (LWI) - The Lutheran World Federation is among 18 international non-governmental organizations (INGOs) calling for “rapid, unfettered and sustained access” to all populations affected by the renewed fighting between two armed sides in Myanmar’s Rhakine province.

“We express deep concern for displaced communities and others affected by the upsurge in fighting. […] Fighting, attacks, and reports of abuse have invoked fear and anxiety among local communities and displaced an estimated 5,000 men, women, and children,” the humanitarian actors say in a statement issued today.

Without effective and ongoing access, the ability of local and international organizations to provide life-saving assistance to all conflict-affected communities in central and northern Rakhine is seriously compromised.

Appealing to all sides, that they show restraint and ensure protection of civilians, the organizations argue unrestricted access would allow for an independent needs’ assessment, comprehensive assistance and protection in accordance with the international and humanitarian and human rights law. “Without effective and ongoing access, the ability of local and international organizations to provide life-saving assistance to all conflict-affected communities in central and northern Rakhine is seriously compromised,” they state.

Ready to support all conflict-affected communities

Fighting between the government’s military forces and the Arakan Army militia over the latter’s push for greater autonomy of the western state of Rhakine flared in December. The conflict compounds instability in the state which is still dealing with the unresolved conflict pitting the government against the Muslim ethnic Rohingya community.

The NGOs say humanitarian access “is now extremely restricted” in five key townships where violence and resulting displacement have been most pronounced. They commend local civil society organizations for responding to the urgent needs of the people affected but express grave concern that this response will not be sufficient to meet the pressing humanitarian needs.

They note the current violence reconfirms the need to address the key drivers of insecurity and violence in the province as recommended by the 2017 Advisory Commission on Rhakine State.

“We stand ready to support all conflict-affected communities and complement ongoing response efforts as needed,” they add.

LWF began working in Myanmar in 2008, responding to the devastation caused by Cyclone Nargis. The country program currently implements humanitarian and development work centered on displaced populations and host communities. This includes greater access to quality education, water, sanitation and hygiene. Using an approach that strengthens people’s capacity to advocate for their own rights, the LWF also caters to health needs, sustainable livelihood opportunities and other social services, and promotes close collaboration between government agencies and the community. In 2018, the country program assisted over 150,000 people.

The LWF is also present in the country through four member churches.

Peacebuilding from the grassroots
news