Building on the Bible to promote positive masculinity 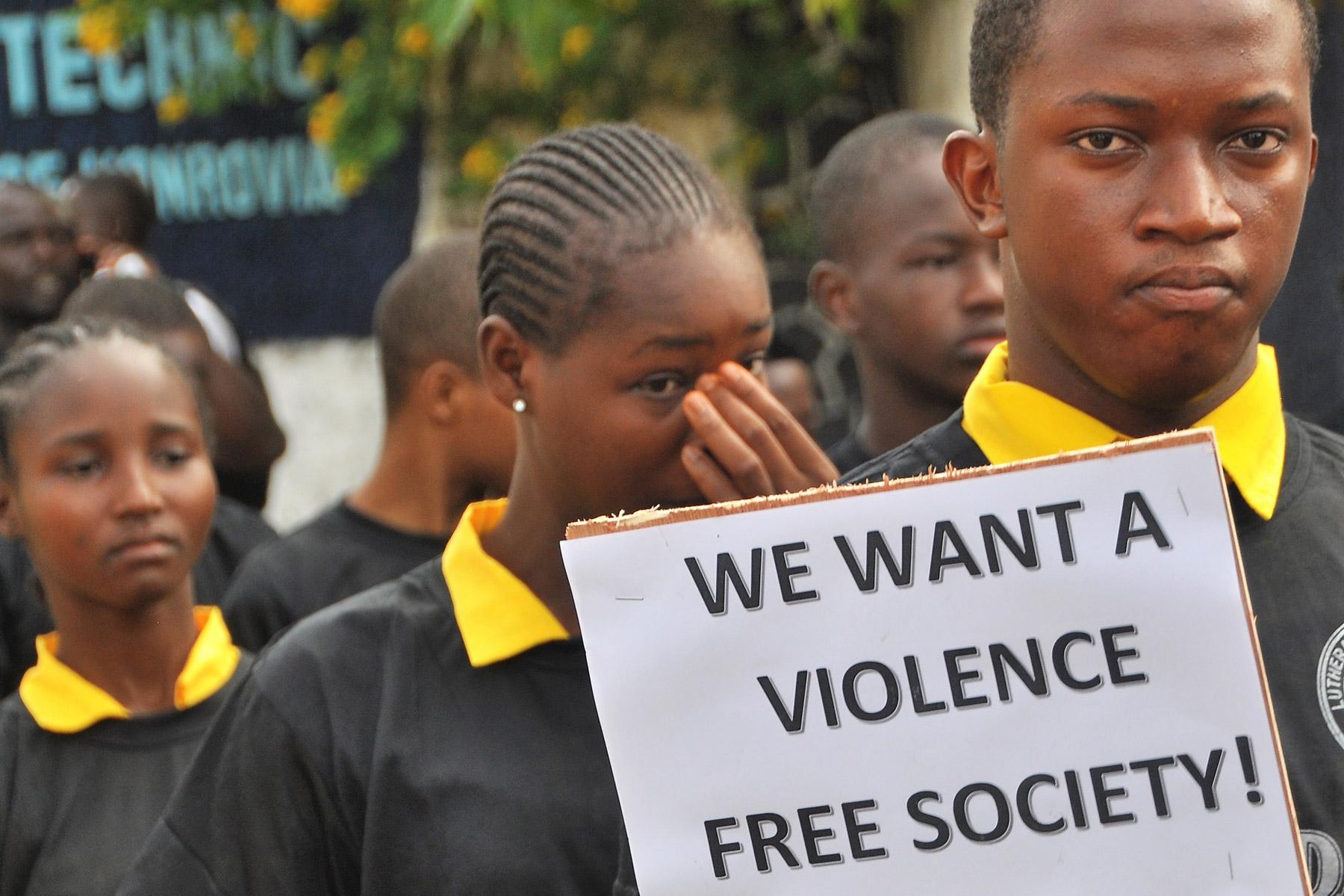 Children from four Lutheran Schools in Liberia take part in a march to say no to all forms of violence in their country. Photo: LCL/ Linda Johnson Seyenkulo

Webinar series launches initiative on Transformative Masculinities: being (hu)man in a world of violence

(LWI) - Building on biblical and theological resources to combat gender-based violence and the power of patriarchy in the church. That's the ambitious goal of a new initiative launched on 26 November by the Lutheran World Federation (LWF), in partnership with the World Communion of Reformed Churches (WCRC), ACT Alliance and the South Africa-based Sonke Gender Justice network

The initiative, entitled ‘Transformative masculinities: being (hu)man in a world of violence’, opened with a webinar exploring ways in which violence dehumanizes and distorts our understanding of male identity. The online discussion came at the start of the global 16 Days of Activism to end gender-based violence. It was the first in a series of three such consultations, ahead of training workshops planned for 2021.

In opening remarks, LWF’s program executive for Identity, Communion and Formation, Rev. Dr Chad Rimmer noted that reported cases of domestic violence have risen by as much as 40 percent in some countries as a result of the COVID-19 pandemic. “While the need to engage men in the work of transformative masculinity and gender justice has always been urgent,” he said, “the pandemic has intensified awareness on a global scale.”

The aim of the new initiative, Rimmer explained, is to work towards an end of sexual and gender-based violence, but also “to critique the systems of power and patriarchy in the church and in society” that enable violence and oppression. As people of faith, he said, “theology matters” because “the stories we tell can be used to liberate and build just relationships with others, or they can be used to exclude and to re-enforce violence.”

Bafana Khumalo from the Sonke network spoke of several high-profile cases of Christian pastors in his country charged with rape and abuse. “The church should be a safe space for everyone,” he said, asking what kind of theology “allows men to think they have the right to use women’s bodies for their gratification?”

The WCRC’s Philip Peacock reflected on the Christian concepts of being human: as being able to reflect on our existence, building relations with others and being able to fulfill God’s purpose for us. Violence against women, he said, is “demeaning” because “it removes meaning from our lives” and “we lose our humanity as men.”

One of the most effective tools for bringing about change in the church, Peacock continued, is the use of the contextual bible studies. He noted the way that discussions in his native India about the story of Hagar in the book of Genesis, had helped participants to understand the contemporary challenges of combatting sexual violence in their own country.

Churches can provide safe and supportive environments where men and boys can share stories about physical and psychological violence that they have experienced in their own lives.

Churches can play an important role, Rimmer said, by creating spaces to end “the cyclical trauma of violence.” Among the vital tools the churches can provide are “safe and supportive environments where men and boys can share stories about physical and psychological violence that they have experienced in their own lives,” he said.

The series of three webinars and subsequent training sessions are aimed at the production of resources that faith leaders can use in their different cultural contexts to transform stereotypes and promote positive models of masculinity. See below for registration details of our next webinar on 9 December and full information about our 16 Days of Activism campaign.

This event is part of LWF’s 16 Days campaign aimed at increasing awareness and action to end sexual and gender-based violence, especially in light of new challenges posed by the COVID-19 pandemic