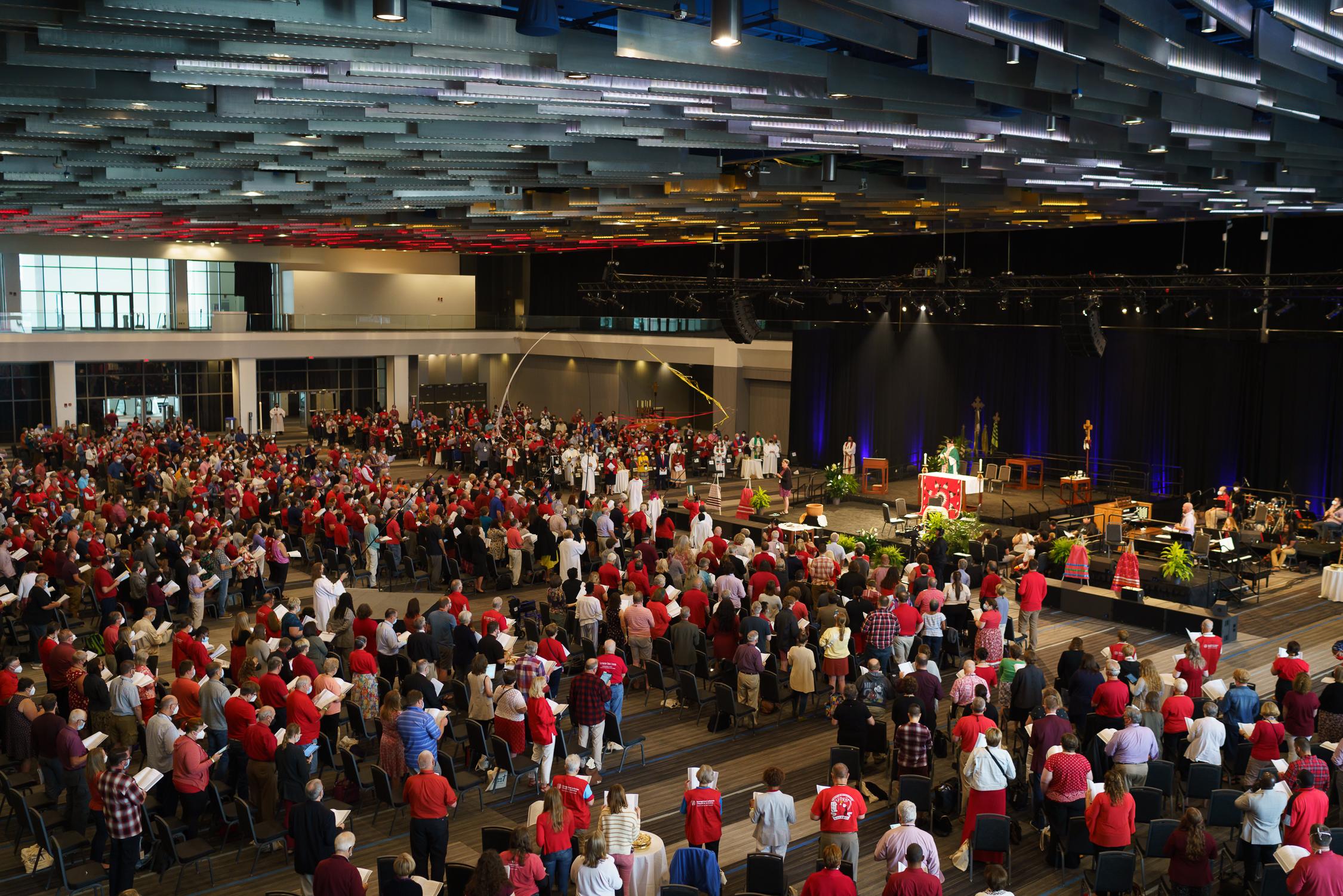 (LWI) – Archbishop Dr Panti Filibus Musa, President of The Lutheran World Federation (LWF), has expressed gratitude for the continued witness of the Evangelical Lutheran Church in America (ELCA) to justice, peace and reconciliation. He encouraged the LWF member church to “always look first at what unites you and not at what divides you and be ready to recognize God’s grace given to your neighbor.”

In a video greeting to the 2022 Churchwide Assembly, meeting in Columbus, Ohio, 8-12 August, Musa recognized the ELCA’s strong commitment, participation and support to the mission of the LWF.

The Churchwide Assembly is ELCA’s highest legislative body, and the theme for this year’s meeting is “Embody the Word.” Musa said the theme was relevant in a year when the LWF is marking the 500th anniversary of Martin Luther’s translation of the New Testament, and reflecting together as a communion on how believers engage with Scripture.

The theme also refers to Jesus’ incarnation and to “the simple reality that as church we always offer our witness in a particular context,” Musa noted. He emphasized the need for churches to be alive to the dialogue between God’s Word and context and to be always “offering a witness for justice, peace, and reconciliation.”  He added: “That is what I have seen from the ELCA through the years, and for which I always offer thanksgiving to God.”

On LWF’s own assemblies, Musa recalled the Third Assembly in 1957, in Minneapolis, United States, where churches from all over the world expressed their strong willingness to work together in rebuilding and shaping the world. Through the decades, he noted, the LWF has maintained its commitment to supporting people in need, strengthening churches in mission, undertaking joint efforts in theology and working for the unity of the church.  He expressed his anticipation to seeing ELCA’s representatives at the 2023 Assembly to be held in Krakow, Poland under the theme “One Body, One Spirit, One Hope.”

The LWF president shared his hope that the ELCA assembly would be an opportunity to strengthen both “what you hold in common, even as you experience and engage with differences” and “your joint witness to the mercy of God in proclamation and service to the world.”

LWF General Secretary Rev. Anne Burghardt also sent greetings, in which she reiterated the communion’s gratitude for the ELCA and its various ministries. Referring to the churchwide assembly theme, the general secretary noted that Christians “always live in the tension between what is already fulfilled and perfect” in Christ “and the reality that is still permeated by our brokenness.” In that tension, she added, “we are called to be messengers of peace and hope with our words and actions,” which the ELCA has been in the United States.

Rev. Sonia Skupch, LWF Regional Secretary for North America and for Latin America and the Caribbean, is attending the churchwide assembly in person.

The ELCA is one of the largest Christian denominations in the United States, with nearly 3.3 million members in more than 8,900 worshiping communities across the 50 states and in the Caribbean region. It joined the LWF in 1988, of which it is a founding member through its predecessor church bodies. The ELCA is led by Presiding Bishop Elizabeth A. Eaton.