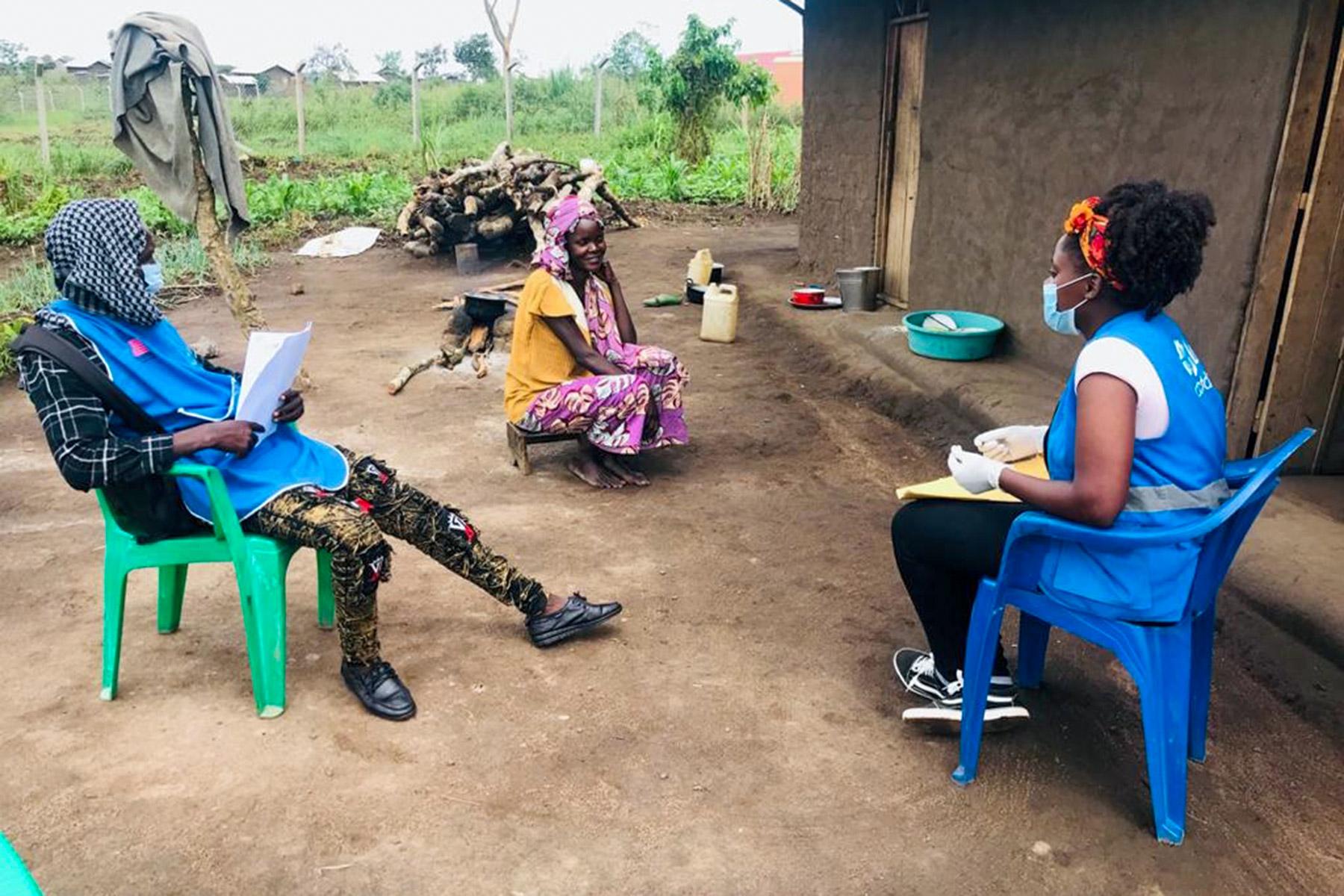 (LWI) - To prevent violence against women and girls, we need “to tackle deep rooted cultural and religious beliefs” at community level, at the same time as strengthening legislation and support for survivors at national level.

Paul Orikushaba is head of programs for the Lutheran World Federation (LWF) in Uganda, working with both refugees and local host communities on the north and western borders with South Sudan and the Democratic Republic of Congo. He talked about the effectiveness of this multi-pronged approach to tackling sexual and gender-based violence during a webinar on 25 November entitled ‘The Shadow Pandemic’.

The webinar was held to mark the U.N’s international day for the elimination of violence against women and the start of the 16 Days of activism to end gender-based violence. It was jointly hosted by the LWF together with the Side By Side faith movement for gender justice, ACT Alliance, the Mothers’ Union in Uganda and the Rural Action Community Based Organization (RACOBAO).

Orikushaba stressed that gender-based violence is “a global calamity” that feeds off “powerlessness and lack of education leaving people with limited options” to uphold their rights and dignity. Religious leaders have a vital role to play, he said, in raising awareness from the pulpit and challenging cultural practices that normalize violence against women.

LWF has been present in Uganda since 1979, supporting agricultural production and other income-generating activities, as well as providing emergency relief and longer-term protection for refugees and internally displaced people fleeing from conflict or natural disasters. Although the country has seen significant economic growth over the past decade, around a quarter of its population remains on the poverty line.

Other webinar presenters highlighted the importance of economic empowerment, since poverty and food insecurity are two of the key drivers of gender-based violence. Side By Side speaker, Irene Anena, who coordinates the gender desk for the Anglican Church of Uganda, highlighted the increasing problems of climate change which have a huge impact on women, since they make up over 80 percent of those working in the agricultural sector in her country.

Anena also spoke of the vital role played by faith groups working together to produce radio and television programs that send a message of zero tolerance for sexual violence and encourage survivors to report cases of abuse. She said facilitating community dialogues is another important way of engaging women and men, including faith leaders, in discussion around issues that were previously taboo subjects, such as menstrual hygiene or sexual and reproductive health.

How we educate and nurture children at home and at school will determine how they behave as adults.

Participants underlined the impact of working together with Christian and Muslim leaders in Uganda to send clear messages about the responsibility to end gender-based violence and promote positive models of masculinity at all levels of society. “How we educate and nurture children at home and at school will determine how they behave as adults,” said Orikushaba.

At national level, he said, more funding is needed to support the work of organizations pushing for the prosecution of perpetrators and legal protection for survivors. In 2019, faith groups were able to influence a Sexual Offences Bill, due to be signed into law in December, calling for stringent penalties for abusers. But sexual violence remains under-reported and there is an urgent need for cooperation between the police, the judiciary, heath authorities and community leaders to strengthen referral pathways for survivors, he added.

An important part of LWF’s work in this area is the promotion of legal aid clinics and mobile courts to enable survivors’ access to counselling services and to the national justice system. “The laws may be there,” says Orikushaba, “but implementation is challenging.” There has been significant progress in combating gender-based violence in Uganda, participants concluded, but the COVID-19 pandemic has caused serious setbacks and reversed many of the gains made.

This event is part of LWF’s 16 Days campaign aimed at increasing awareness and action to end sexual and gender-based violence, especially in light of new challenges posed by the COVID-19 pandemic