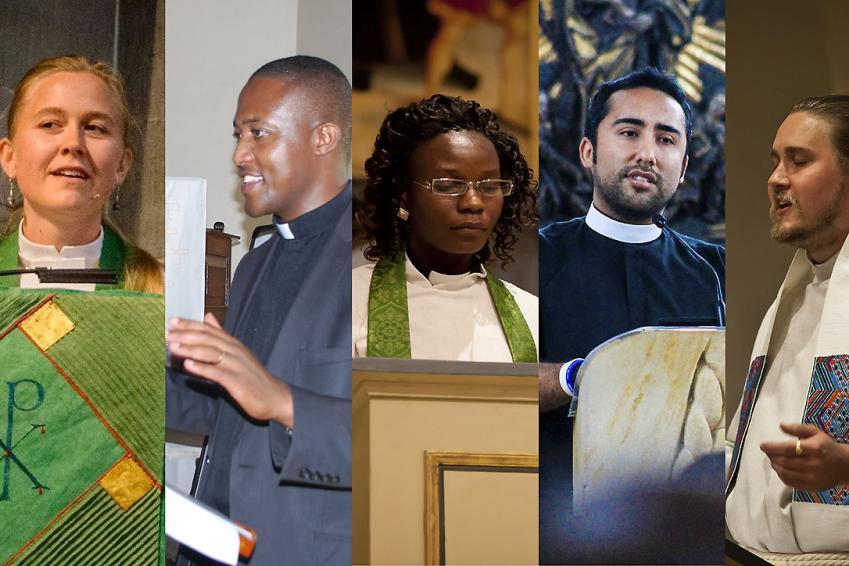 Vote online for the young preacher to deliver the closing sermon at the LWF Assembly in Windhoek.

(LWI) A young pastor will hold the sermon at the closing worship in the Twelfth assembly of The Lutheran World Federation (LWF) in Namibia  on 16 May. Young ordained Lutherans from all 145 LWF member churches were invited to submit sermons.

The international preaching contest for young Lutheran pastors was initiated by the LWF in June 2016. Seeing that the Commemoration of the Reformation and the theme “Liberated by God’s Grace” form part of the Twelfth Assembly, the preaching contest aims to give a prominent voice to a theologian around the age of thirty. Martin Luther himself was 33 when he, as a university professor in Wittenberg, issued his 95 theses that are said to have initiated the Reformation.

The finalists come from LWF member churches in Argentina, Brazil, Norway and the United States. After being pre-selected by an international jury, ten finalists present themselves now online with a short video extract of their sermon. An online vote was opened today, 15 March. Until 29 March, internet users can cast votes for their favorite sermon on https://www.lwfassembly.org/en/preaching-contest-vote. The international jury will make the final decision, taking into account the online voting. The winner of the preaching competition will deliver the sermon at the official closing worship of the LWF Assembly on 16 May.

A prominent voice of a young pastor

Young pastors were invited to submit a sermon on Galatians 5:1, 22-26 – the reading for the sermon to be held during the closing worship in which the newly elected LWF President as well as the members of the Council will be installed to their new duties.

The text reads: “For freedom Christ has set us free. Stand firm, therefore, and do not submit again to a yoke of slavery. ... By contrast, the fruit of the Spirit is love, joy, peace, patience, kindness, generosity, faithfulness, gentleness, and self-control. There is no law against such things. And those who belong to Christ Jesus have crucified the flesh with its passions and desires. If we live by the Spirit, let us also be guided by the Spirit. Let us not become conceited, competing against one another, envying one another” (NSRV).

I was very encouraged by the bright light of faith and hope in Christ which was expressed in all the sermon entries of the young preachers, which gives me a deep hope for the future of the continued mission of the church – to preach the good news of Christ with boldness and joy.

“Bright light of faith and hope”

The international jury composed of male and female, ordained and lay members from different generations of the Lutheran communion of churches has selected the finalists based on their written sermons.

"I was very encouraged by the bright light of faith and hope in Christ which was expressed in all the sermon entries of the young preachers, which gives me a deep hope for the future of the continued mission of the church – to preach the good news of Christ with boldness and joy," says jury member Heidi Smith (LCA). Rev Kenneth Kross (ELCS) agrees: "The majority of these sermons expressed enthusiasm, dedication and creativity of these young participants, which in itself is admirable!"

For all media contacts:

Vibrant in the life of the communion
news