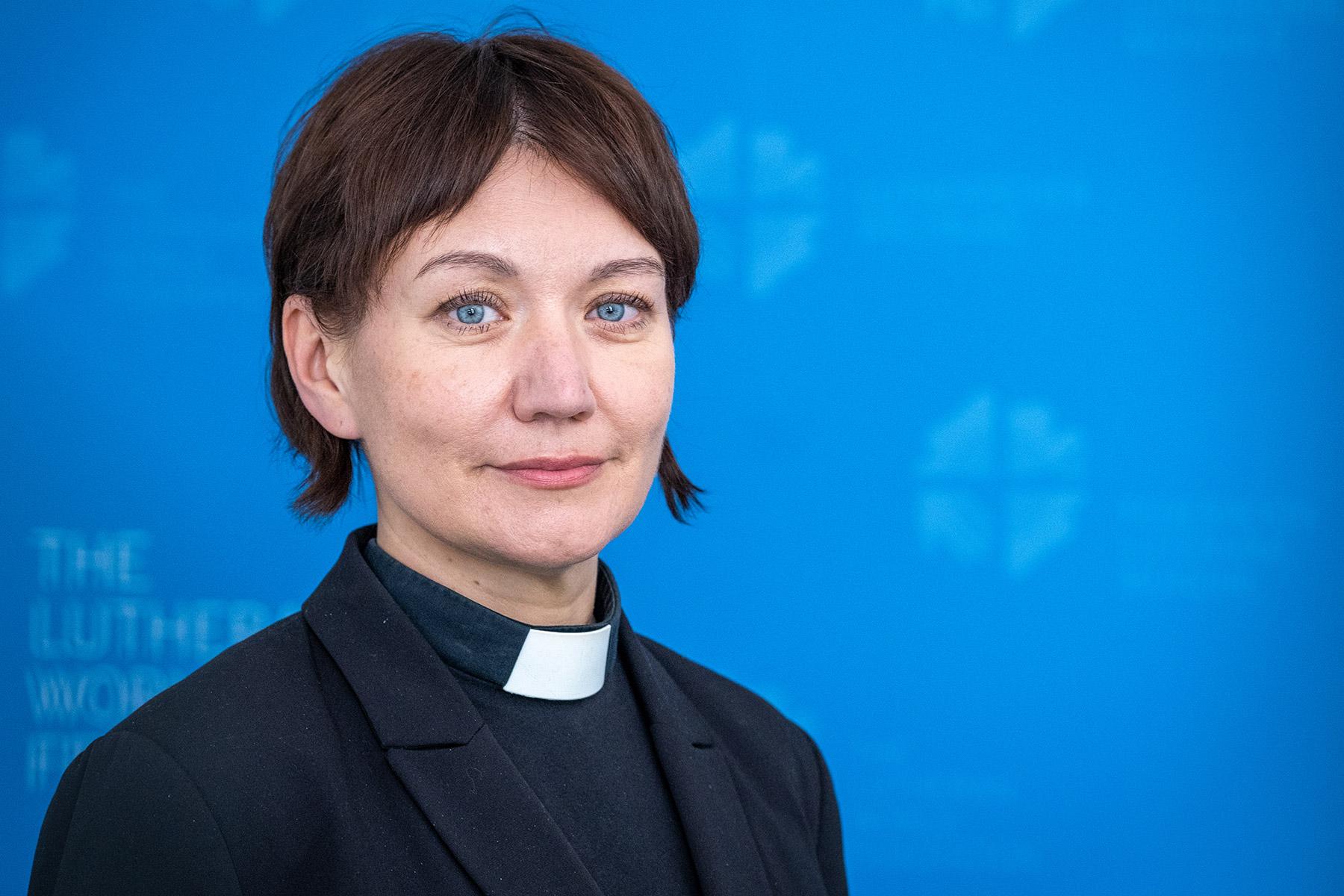 (LWI) - The Lutheran World Federation (LWF) welcomes its new General Secretary, Rev. Anne Burghardt from the Estonian Evangelical Lutheran Church (EELC), who takes up her new role on 1 November, All Saints Day 2021. She is the first woman and the first person from the Central Eastern European region to hold this leadership position.

Burghardt was elected by the LWF Council on 17 June to lead the global communion of 148 member churches. The 45-year-old theologian and pastor was previously working as Head of Development for the EELC’s Institute of Theology in Tallinn, as well as advisor to the church for international and ecumenical relations. She succeeds Rev. Dr Martin Junge who served as LWF General Secretary from 2010 to 2021.

Reflecting on the task ahead of her, Burghardt said: “The life of the LWF is a life of communion, of churches witnessing and working together for justice, peace and dignity for all people. I pray that my work can contribute to the growing together of these churches as they gather around Jesus Christ, the one who unites us all in our mission in the world.”

I pray that my work can contribute to the growing together of these churches as they gather around Jesus Christ, the one who unites us all in our mission in the world.

As she prepared to take up her new role, she thanked her predecessor Junge for “a good and detailed handover process” which enabled her to understand more about “the different areas of work in different regions and the different priorities of LWF’s member churches.”

Among the top priorities for the new General Secretary will be overseeing the implementation of LWF’s strategy entitled ‘With Passion for the Church and for the World.’ She will also be setting the direction for the next LWF Assembly to be held in Krakow, Poland, in September 2023.

LWF President Archbishop Dr Panti Filibus Musa welcomed the new General Secretary, saying he is “looking forward to working together with her and supporting the witness of the churches in their many contexts.” He added: “Rev. Burghardt brings her valuable experiences and gifts and I am grateful to be walking alongside her on the road to Krakow 2023 which will focus on the theme ‘One Body, One Spirit, One Hope’.”

Among her previous positions at the LWF Communion Office, Burghardt has served as Study Secretary for Ecumenical Relations, as well as coordinator for the commemoration of the 500th anniversary of the Reformation and content coordinator for the Twelfth LWF Assembly in Namibia in 2017. Her installation service will take place in the chapel of the Ecumenical Center in Geneva on 17 November.

Passion for the Church: in conversation with Martin Junge
news

LWF General Secretary announces he will step down in 2021
news