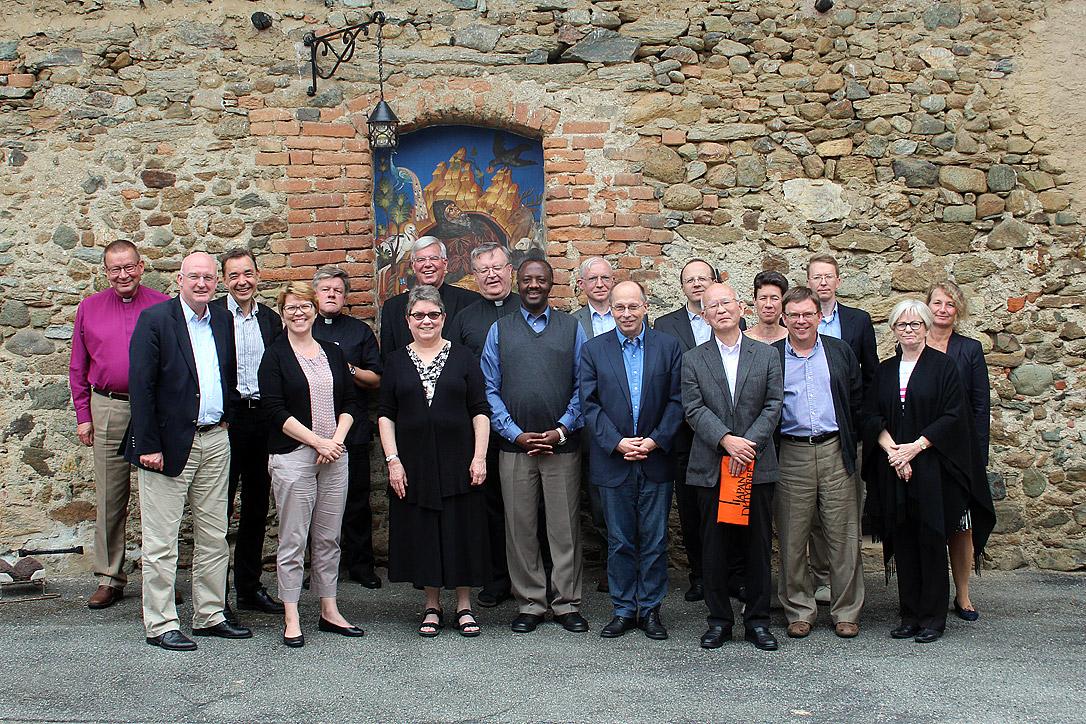 Members of the Lutheran-Roman Catholic Commission on Unity. Photo: PCPCU/LWF-DTPW

GENEVA, 31 July 2014 (LWI) – Lutherans and Roman Catholics continued their dialogue on what kind of unity might arise out of their shared understanding of the Christian sacrament of Baptism in meetings held 20-28 July at the Monastery of Bose in Italy.

The Lutheran-Roman Catholic Commission on Unity has been the main forum of dialogue between Lutherans and Roman Catholics on a global level since 1967. This meeting was its second in a study process focusing on Baptism and the growth in communion between the two Christian traditions.

Begun in 2009, “Baptism and Growing Communion” is the fifth study in which the commission has been engaged. The process had been interrupted so the commission could publish From Conflict to Communion, which relates the story of the Reformation from the point of view of both traditions

“The present dialogue process on Baptism is very much aware of both what is the joint history of the Lutherans and Catholics as well as what understandings have been reached already during the almost 50 years of theological discussions,” noted Rev. Dr Kaisamari Hintikka, LWF assistant general secretary for ecumenical relations and director of the Department for Theology and Public Witness (DTPW).

Holding the most recent meetings of the commission at the Monastery of Bose, which has a long history of supporting the ecumenical movement and the quest for Christian unity, gave participants an opportunity to participate in the prayer life of the community and gain support for their work, she said.

Hintikka added that the commission works in a “good and fruitful” atmosphere that would not have been possible without the long-term committed theological dialogue between the Lutheran and Catholic participants, which has produced among other documents, the landmark Joint Declaration on the Doctrine of Justification.

The commission’s recent meeting was based on brief thematic papers prepared by members. Its co-chairs are Bishop emeritus Eero Huovinen of Helsinki, on the Lutheran side, and Bishop William Kenney of Birmingham, United Kingdom, on the Catholic side, who was attending his first meeting in this position.

Increasing mutual understanding between US Lutherans and Catholics
news