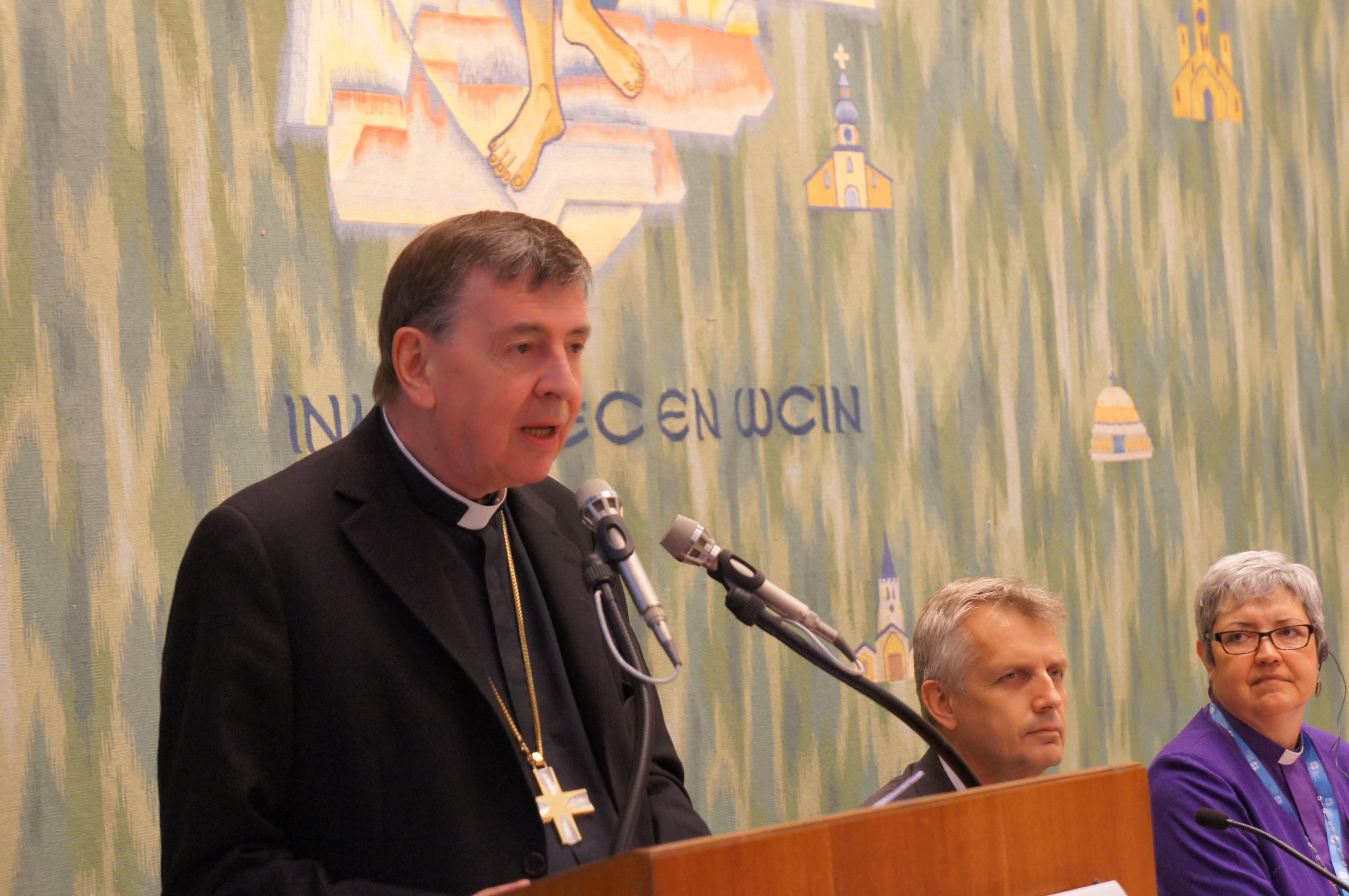 (LWI) Presenting the keynote address to the Council of The Lutheran World Federation (LWF) today, Kurt Cardinal Koch, President of the Pontifical Council for Promoting Christian Unity (PCPCU), reflected on the joint Lutheran-Roman Catholic publication, “From Conflict to Communion,” which was launched during the meeting of the LWF governing body.

Koch expressed his strong hope that the document will be mutually received by Lutherans and Catholics at global and local levels.

“From Conflict to Communion: Lutheran-Catholic Common Commemoration in 2017,” has been published by the Lutheran-Roman Catholic Commission on Unity in the context of the commemoration of the 500th anniversary of the Reformation, and the 50th anniversary of dialogue between Lutherans and Catholics in 2017. It builds on important ecumenical milestones especially the Joint Declaration on the Doctrine of Justification (JDDJ).

In his address to the LWF governing body, the PCPCU president reflected on the opportunities that a common Lutheran-Catholic commemoration of the 500th anniversary would offer; the need to listen to one another about the meaning of the commemoration for both sides; rediscovering what Lutherans and Catholics have in common by having the courage to address the conflicts in the Reformation history; and the significance of the current document for the further dialogue process.

Koch said that the decision by the Lutheran - Roman Catholic Commission on Unity to follow up their dialogue process on the topic of baptism under the working title ‘Baptism and Growing in Communion,” was much to be welcomed, as it represents a further important step on the path of deepening understanding between Lutherans and Catholics. He also proposed that this would open a possibility for the preparation of a future joint declaration on church, Eucharist and ministry.

“The true success of the Reformation can only be achieved through the overcoming of our inherited divisions in a renewed Church consisting of all Christians, and that consequently our ecumenical efforts aimed at recovering unity are actually a completion of the work of the Reformation itself,” Koch said.

Responding to Cardinal Koch’s address, LWF President Bishop Dr Munib A. Younan noted that local relationships with Catholics take different shapes in the respective regions and the LWF member churches. “It is my sense that this document can be an important tool in improving relationships and, more importantly, common witness, in all contexts.”

In a plenary discussion following the presentation of “Conflict to Communion” LWF Council members welcomed the publishing of the publication at the global dialogue level, but also expressed hope for its practical reception and relevance at the grassroots.

Bishop em. Ambrose Moyo, Evangelical Lutheran Church in Zimbabwe, said one of the questions often asked since the signing of the JDDJ and other joint publications in the dialogue process, was when Lutheran and Catholics would come to a point where they can share the Eucharist. He expressed optimism that the common commemoration in 2017 would offer such encouragement.

Presiding Bishop Helga Haugland Byfuglien, Church of Norway, spoke of the ecumenical milestones in the bilateral dialogue including the JDDJ and the current publication, and noted that the processes describe the concept of the Eucharist. However, she noted, “It seems the hindrance in the time to come is going to be about the church and structure.”

Bishop Dr Frank O. July, Evangelical Lutheran Church in Württemberg (Germany) commented on the critical questions between Lutherans and Catholics about the authority of Luther’s confessional writings and the authority of the church.

Responding to the remarks, Koch said the reception of the results of ecumenical dialogue processes need to be both local and global. “Both levels should be aware of the progress on each side;” he emphasized.

On the remaining questions in the search for Christian unity, the PCPCU president said he agreed “that the goal of ecumenical efforts has to be the common supper, but it would be difficult for this document to be the step to it.” His advice to both Lutherans and Catholics was to be realistic about the expectations from each other. “We, for example, cannot impose papacy on you; and I can expect from you not to push us to eucharistic hospitality and church community as these are constitutive questions for the theological basis of our faith.”

Bishop em. Eero Huovinen (Finland), who serves as co-chair of the Lutheran - Roman Catholic Commission on Unity, urged that both Lutherans and Catholics concentrate on how much they have in common in the theological issues that were central to both Martin Luther and the Catholic faith.

He called for patience and impatience, adding, “None of us can alone decide how to build unity. We have other sisters and brothers on the same road. We need profound and sound theological work.”

The LWF Council will receive the publication “From Conflict to Communion” in a Council action. 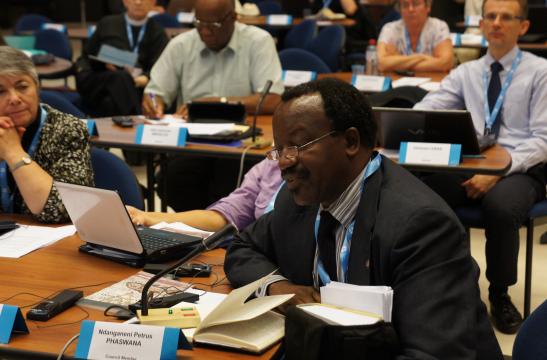 ‘What unites us is stronger than what divides us’
news