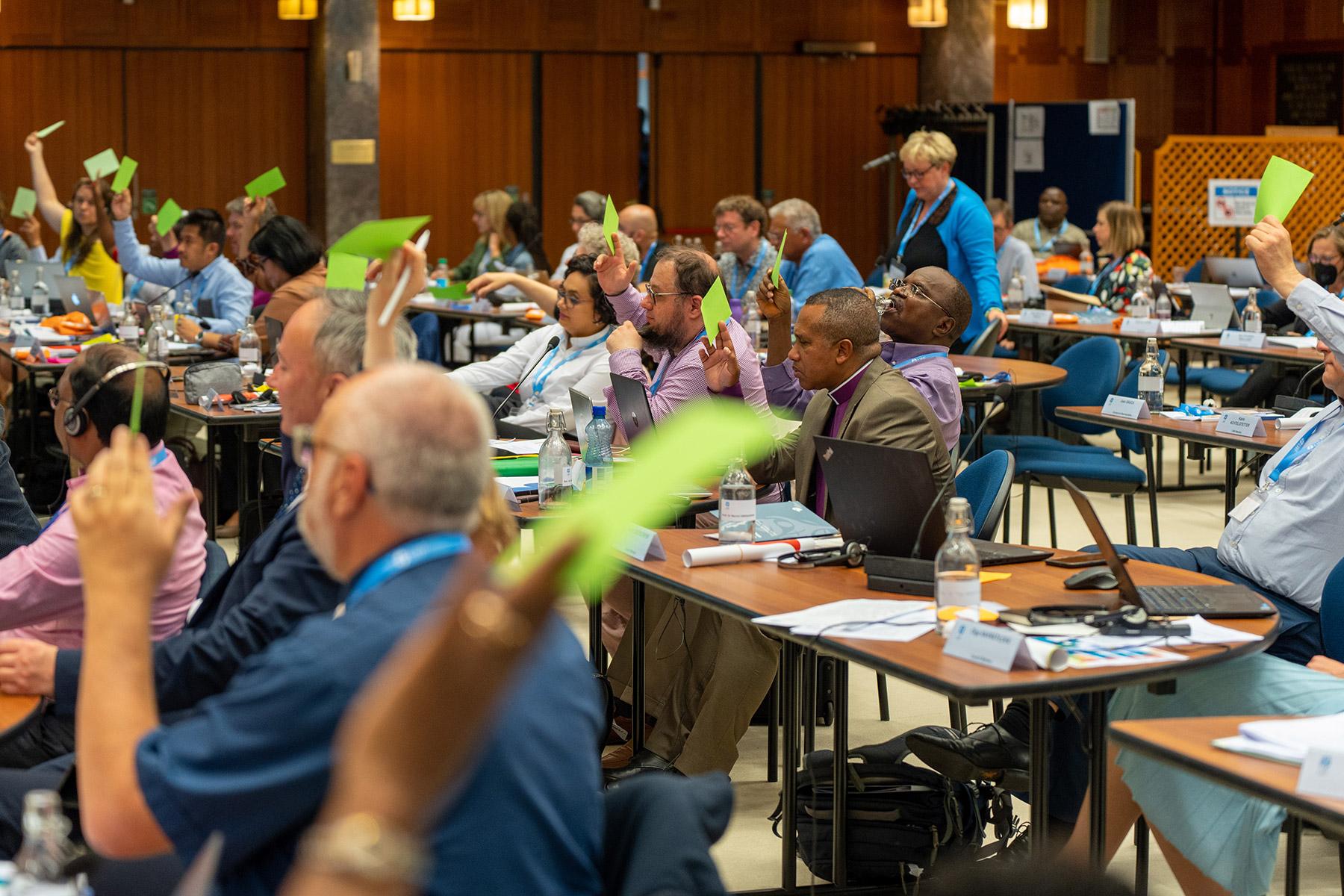 This brings the total number of churches in the LWF to 149 in 99 countries. Until its application, GELCU has been an LWF member church through the Federation of Evangelical Lutheran Churches (ELC), a regional body comprising churches in Russia, Ukraine, Georgia, Kazakhstan and Central Asia.

"The Council receives with joy the German Evangelical Lutheran Church of Ukraine into membership in The Lutheran World Federation,” the governing body unanimously voted.

In October 2019, the Federation of ELC Council of Bishops, which is the unifying body of the regional churches, decided that its members could apply for individual membership in the LWF and other church bodies. This is linked to the different contexts in which the churches operate and to a more active representation in international relations. GELCU’s changed membership in the LWF does not change its cooperation and relationship with churches in the Federation of ELC, formerly referred to as ELCROS (Evangelical Lutheran Church in Russia and Other States).

The prospect of individual membership in the LWF is open to all the churches that have so far been members through the regional federation. Recommending GELCU’s membership request to the Council’s vote, the Standing Committee for Constitution and Membership noted the application was in good order.

The Council receives with joy the German Evangelical Lutheran Church of Ukraine into membership in The Lutheran World Federation.

The GELCU has 1,000 members in its 24 Lutheran congregations and another 160 in four Reformed congregations that are associate members. The church has eight ordained pastors and one deacon serving in its various ministries, alongside five other employees.

Until 2014, GELCU had 31 congregations and up to 20 pastors and deacons. As a result of Russia’s annexation of the Crimea region, the church lost eight congregations there and the number of clergy eventually decreased.

Since Russia’s invasion in February 2022, some of the church’s work has been disrupted and some diaconal projects have come to a halt because of the war. In addition to holding worship services, Bible studies and confirmation classes, before the war the GELCU had a choir, eight Sunday school groups, two ministries for teenagers and one youth ministry.

Through its partnership with four diaconal organizations, GELCU had been directly assisting the homeless and children with special educational needs. Ongoing formation of its parish workers and volunteers is a priority, with workshops and seminars offering a variety of courses online including organizational management.

In the context of the current war, the Ukrainian church has extended its work to include financial assistance, rent and accommodation for internally displaced people, distribution of food and medicine, and cash-for-work projects.

Churches that apply for LWF membership accept the doctrinal basis of the LWF, must be autonomous bodies, legally recognized in their respective country, and consisting of more than one local congregation. The applicant church is also required to confirm to the LWF that its appropriate governing body has endorsed its decision to apply for membership and that it accepts LWF’s constitution.

Israel-Palestine conflict: A lasting solution must include ending the occupation
news
tt