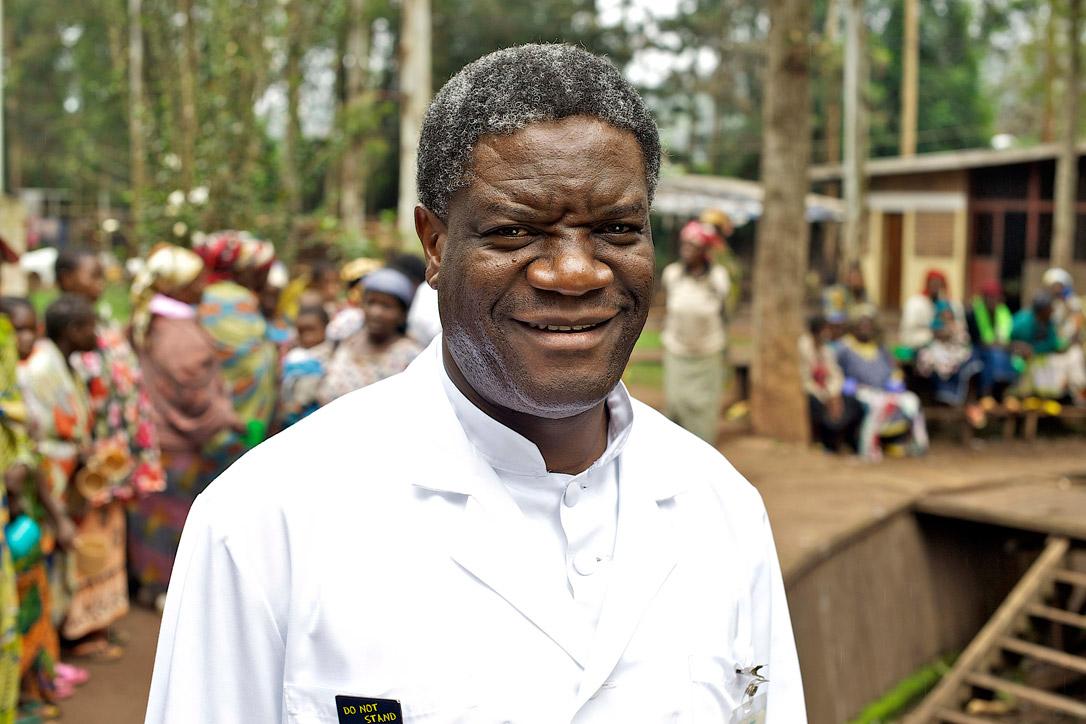 (LWI) Eminent Congolese surgeon Dr Denis Mukwege will be the keynote speaker at the Twelfth Assembly of The Lutheran World Federation (LWF) held in Windhoek, Namibia, from 10 – 16 May. In his keynote address on Thursday, 11 May he will speak to the assembly theme “Liberated by God’s Grace”.

Mukwege is a medical doctor from the Democratic Republic of the Congo, who has provided leadership for Africa and the world, standing up for dignity and rights of people, particularly women who are survivors of sexual violence in conflict situations. Dr Mukwege is well known internationally as an advocate for peace and human rights, and against gender based violence. He is an active Christian layman and has been recognized with a number of prestigious international awards, including the UN Human Rights Award in 2008, the Sakharov Prize in 2014. He has been nominated for the Nobel Peace Prize.

“We welcome the opportunity to have an expert from Central Africa speak about a problem that is sadly common all over the world,” says LWF General Secretary Rev Dr Martin Junge. “We will listen to a leader who doesn’t stop at the analysis of a problem but actively works for its solution.”

Dr Mukwege founded the Panzi Hospital in Bukavu, Democratic Republic of the Congo. Since 1999, he and his staff have helped to care for more than 50,000 survivors of sexual violence, making him the world’s leading expert on reparative surgery of internal damage caused by sexual violence.

"Sexual violence is first and foremost a strategy of humiliation, power and subjection. It aims to destroy the source of life and so, it concerns us all," says Mukwege. "In Congo, sexual violence is still an immense scourge. Where once rape was committed mainly by armed groups or the military, it has now spread throughout society.”

Gender based violence is an undeniable reality for many every day. Gender justice requires that both men and women stand up, resist and challenge.

The Panzi Hospital “recognizes that assisting survivors of rape is not just about medical healing, but also about all the other needs of survivors: psychological care, legal assistance to fight for justice, and socio-economic support to enable survivors to rebuild their lives," Mukwege explains. The hospital was initially built for 120 beds but the total number of beds is now 350, out of which 200 are devoted to sexual violence survivors. On average, Panzi admits 410 patients per month and is currently running at maximum capacity.

“Gender based violence is an undeniable reality for many every day,” says LWF General Secretary Junge, “gender justice requires that both men and women stand up, resist and confront violence. I personally look forward to listen to Dr Mukwege at the Assembly, he has a lot to tell us about fighting gender based violence, and working for healing and peace.”

Polish church will host the Thirteenth LWF Assembly in 2023
news

An assembly the communion remembers with gratitude
news