Carrying the spirit of reconciliation 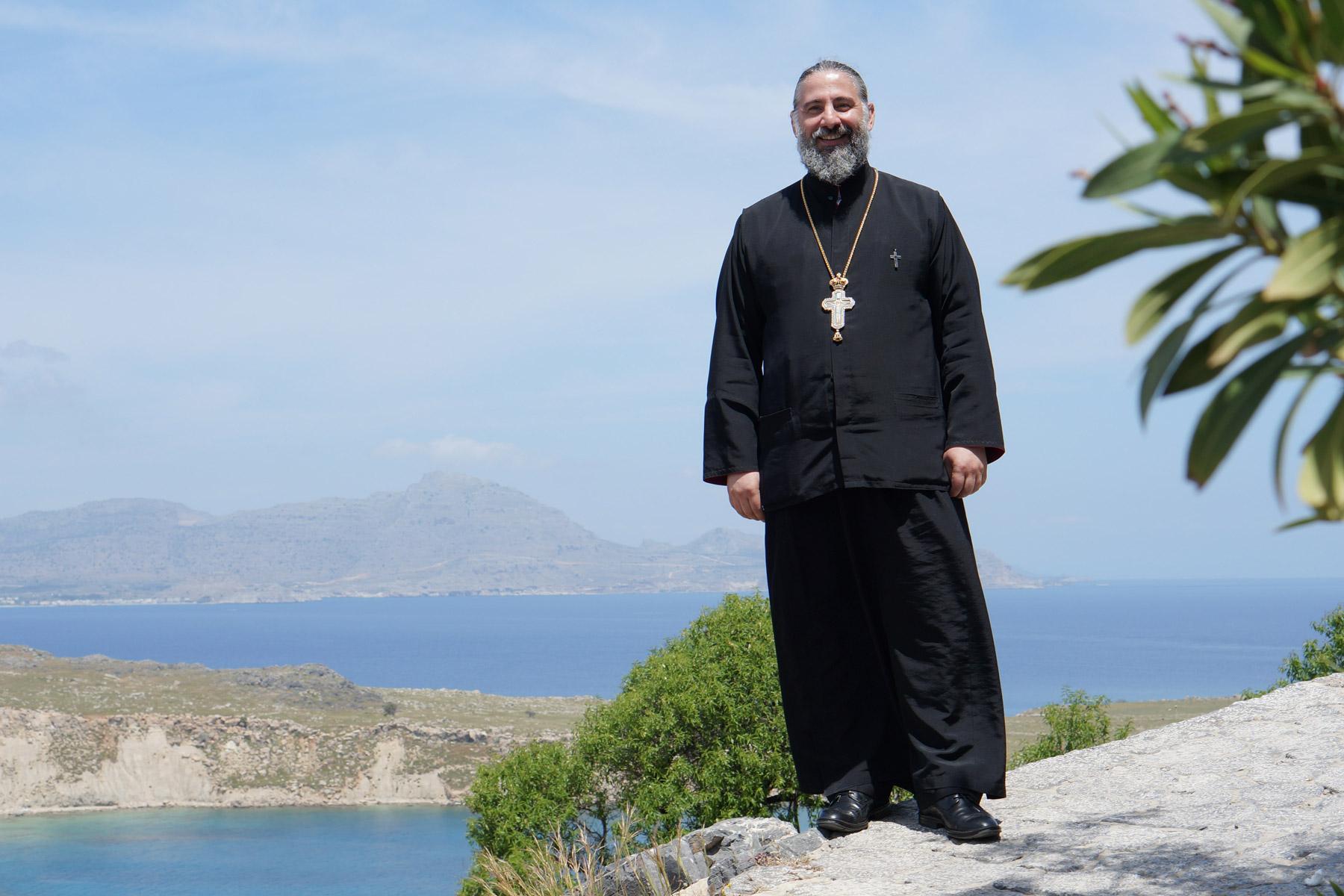 (LWI) – The Coronavirus disease (COVID-19) pandemic claims many victims. One of them is Archimandrite Alexi Chehadeh, who passed away on August 15th. Father Alexi was a member of the Lutheran World Federation’s (LWF) Joint Lutheran-Orthodox Commission.

In 2015 Father Alexi first participated in the dialogue that the LWF is conducting with the Orthodox Church of Byzantine tradition. Father Alexi showed strong commitment here. “With his will for mutual understanding and his spirit of reconciliation, he has contributed greatly to the fruitfulness of the dialogue in recent years,” said Prof. Dr. Jennifer Wasmuth, Director of the Institute for Ecumenical Research in Strasbourg. “His open manner, his friendly and kind character, his warm laugh will remain unforgettable. The Joint Commission loses with him a true friend and brother in Christ.”

Father Alexi was born in Syria in 1969. After he first studied chemistry, he decided to become a priest in his church, the Greek Orthodox Patriarchate of Antioch and All the East (GOPA). As a representative of his church, he was sent to Germany in the years 1995-2007 to establish and reorganize congregations for the steadily growing numbers of Syrian immigrants in the country. As such, he served on many church committees, among others representing his church to the Commission of the Orthodox Bishops of Germany and the Evangelical Church in Germany (EKD).

As he has often said, he did not know a word of German when he was assigned to leave for Germany. However, he quickly learned the language and finally regarded Germany as his home country. It was also here, where Father Alexi qualified himself further academically: In the years 1999-2004, he studied Islamic Studies at the University of Hamburg and worked as a research assistant at the Institute for Theology and Peace. In 2016, he was granted his doctorate at the University of Muenster with a thesis on “Al-Turabi between imitation and renewal: his understanding of Islam, Islamic state, human rights and jihad”. The topic reflected a central concern of Father Alexi: to promote a better inter-religious understanding. Against the background of his own experiences in Syria, he especially emphasized the necessity of a dialogue with Islam.

In 2015, Father Alexi took over the directorship of the “Department of Ecumenical Relations and Development” (DERD) in Damascus, Syria, which is affiliated to the Antioch Orthodox Church. This happened under politically challenging conditions. With his never-tiring commitment, he did essential reconstruction work for the war-torn country. To have a personal impression of the situation in the country, he traveled in Syria a lot. He also went abroad on many occasions to draw attention to a situation which was often desperate – in particular that of women and children – and to win partners to support the diaconal work. For him, his patron, Saint Alexis, was a prominent figure. “In retrospect, we can say that he did him with his own life and work full honor,” says Wasmuth.