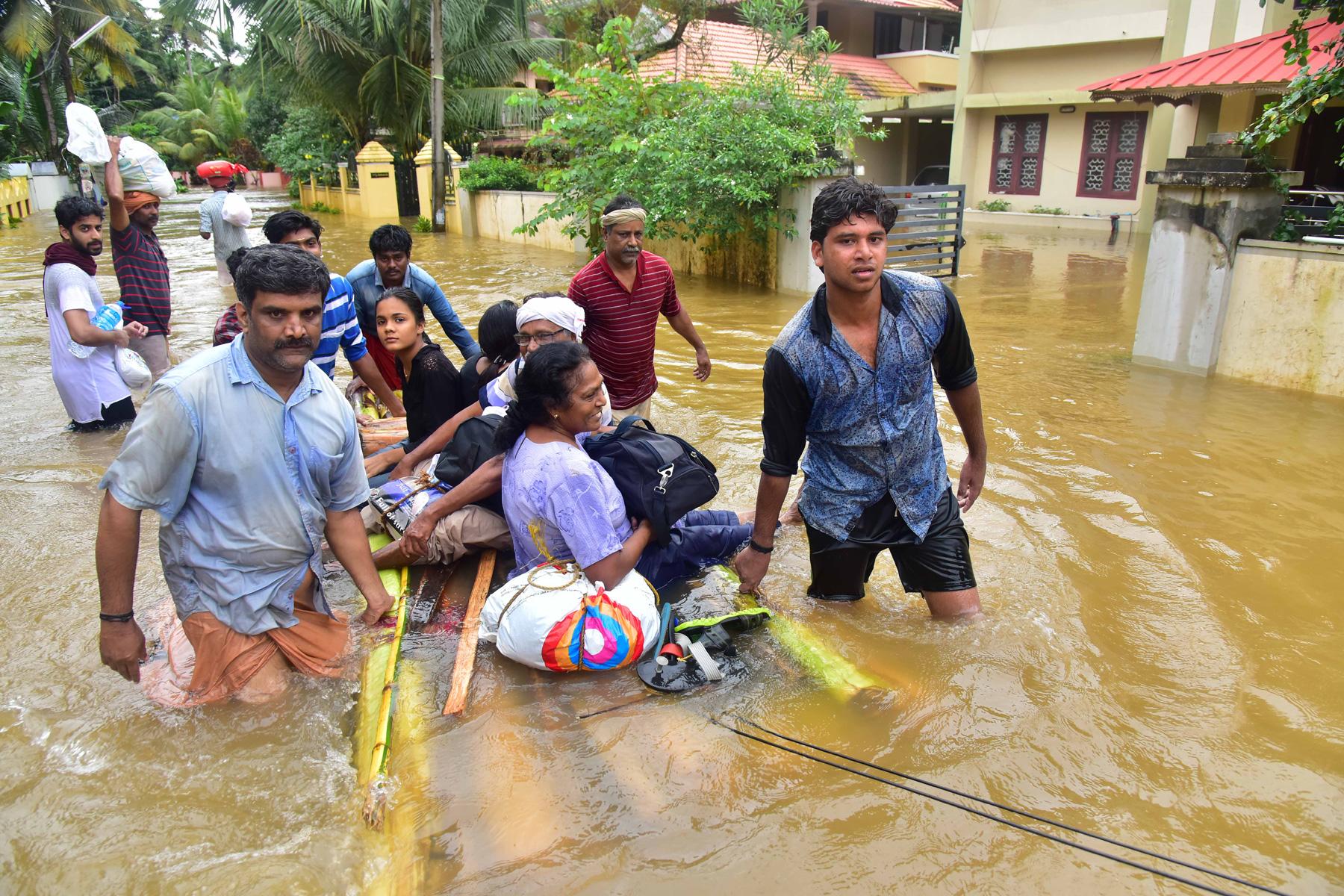 The Lutheran World Federation (LWF), ACT Alliance, World Council of Churches (WCC) and Bread for the World are appealing to world leaders to take swift and coordinated action to limit global warming to 1.5°C as a humanitarian and ethical obligation.

“As faith-based organizations we are very concerned that marginalized, vulnerable, and poor people are affected by climate change impacts that are increasingly exposing them to emergencies and humanitarian crises,” the four organizations warn in a 60-page publication, “Limiting Global Warming to 1.5°C,” released today, just a couple of weeks before COP24 - the 24th Conference of the Parties to the United Nations Framework Convention on Climate Change, which takes place 4-12 December in Katowice, Poland.

Reiterating their sustained advocacy on climate change at the annual United Nations’ conferences and other fora, the four organizations insist sound financial, technological and political solutions are possible. “If we fail to address climate change and to increase efforts to protect the affected communities now, we will bear the incalculable risks to future generations,” they state in the publication’s preface.

On the other hand, they argue that increased efforts towards protecting the poorest and most vulnerable to climate change will be a significant step toward ensuring future generations are protected.

LWF General Secretary Rev. Dr Martin Junge says the publication reflects graphically that this is a “moment of truth.” “Climate change won’t disappear by declaring that it doesn’t exist,” he emphasized. “We are still in time to bring about change. What is required is a deep transformation that will limit the continued global warming. As people of faith we know well how God wants this world to be, and what God wants human beings to be in this world. It’s time for the church to increase its focus on that vision and engage in action for climate justice,”

“Limiting Global Warming to 1.5°C” was written by a team of climate experts and development practitioners from Africa, Europe and Oceania, who studied scientific literature and grassroots reports.

It states that the Special Report on Global Warming of 1.5°C by the Intergovernmental Panel on Climate Change confirmed the convictions of partners and members of groups in the Global South that every tenth of a degree Celsius temperature rise profoundly affects their lives and livelihoods.

Despite the 2015 Paris Agreement to keep global warming at 1.5°C, the world is “off-track,” the authors maintain, adding that overshooting the goal would “severely jeopardize” the achievements of the Sustainable Development Goals.

Limiting global warming to 1.5°C is a humanitarian and ethical imperative, and we affirm that financially, technologically and politically sound solutions are possible.

If global temperatures rise above 1.5°C, agriculture, water health, coastal communities and cities, marine and tropical marine and coral ecosystems are most at risk. There would be heatwaves, erratic rainfall, storms, floods, droughts and rising sea levels.

“This is not the future we want,” the authors write, urging countries to “fulfil their responsibilities and ratchet up their NDCs (Nationally Determined Contributions) now.”

The LWF joins its ecumenical partners in the conviction that “limiting global warming to 1.5°C is a humanitarian and ethical imperative, and we affirm that financially, technologically and politically sound solutions are possible."

Special Report on Global Warming of 1.5°C by IPCC